close
2 in 1, Residence for two families 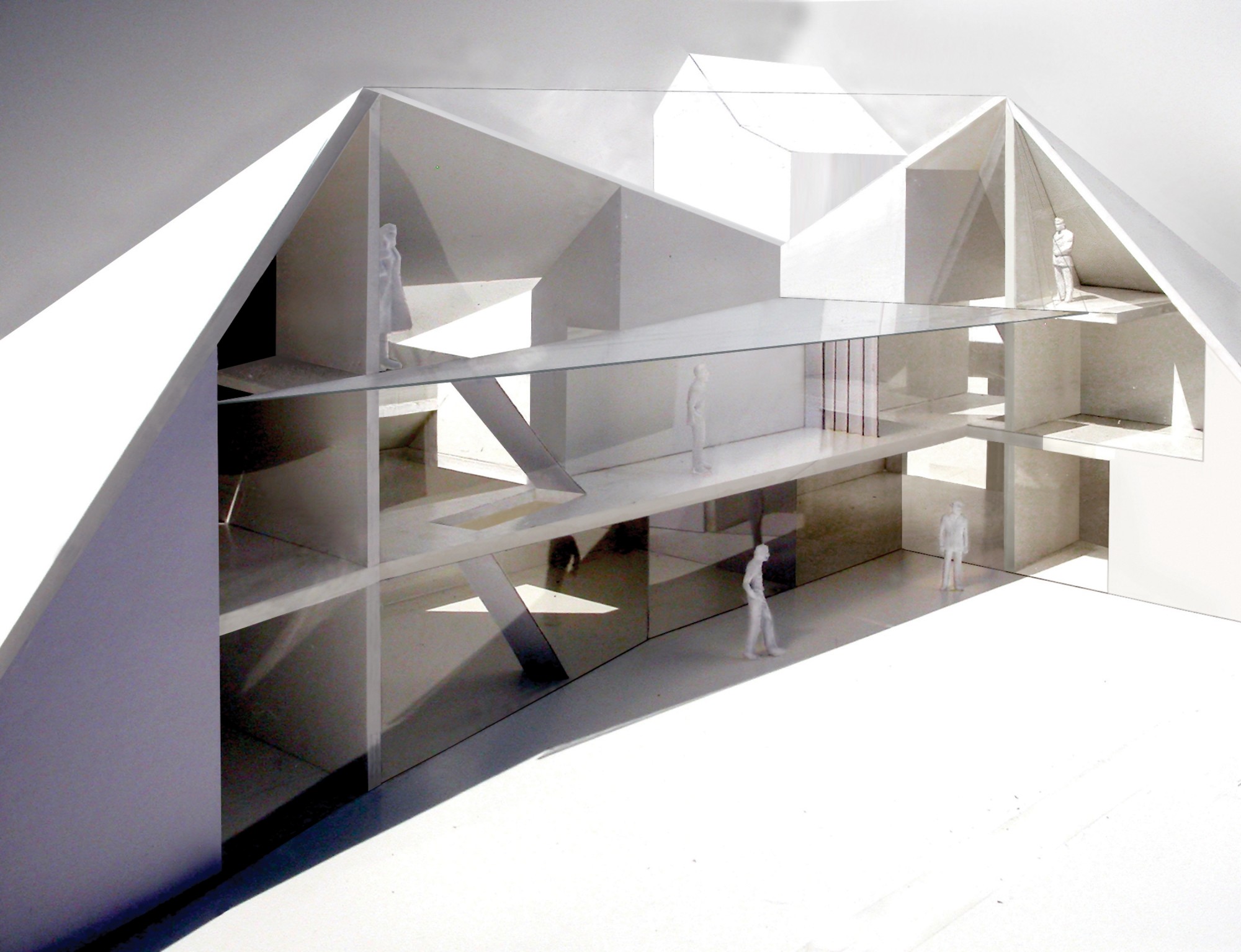 There is a certain degree of intelligence in the traditional duplex, or as the Germans call it, Doppelhaus. The logic of a shared wall decreases construction costs for both sides while at the same time minimizing heat losses as the number of exposed surfaces to the outside decreases. Yet for all its advantages, it certainly doesn’t lend itself as a sophisticated architectural answer for how young families can dwell in the inner city in Germany today. 2 in 1 is our answer to/twist on the Doppelhaus. Here, instead of butting up against the same built boundary wall, the two families can actually, at their choosing, share certain areas of their living environments via 3 strategic zones: co-eating, kid zone, hothouse for 4. With our client’s lot situated within the inner/backside guts of an urban block, 2 in 1 follows two basic formal design moves:
1- creation of an overall "barn-like" volume resulting from the maximizing of the lot's building envelope
2- formation of two gable-roofed units resulting from slicing a major “common pocket” out of this envelope
FAR Frohn&Rojas + Sebastian Potz
Project Team: Marc Frohn, Mario Rojas Toledo, Sebastian Potz, Amy Thoner, Hannah Schröder

available land for construction in the so-called "Hinterland", the inner part of the urban block

traditional duplex (a), newspaper ad to find like-minded family to team up 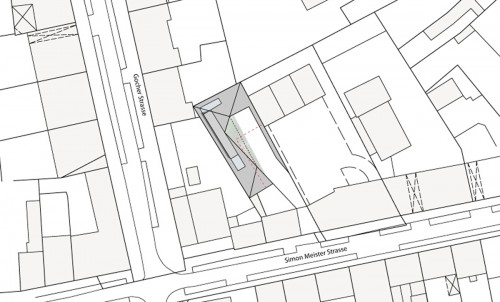 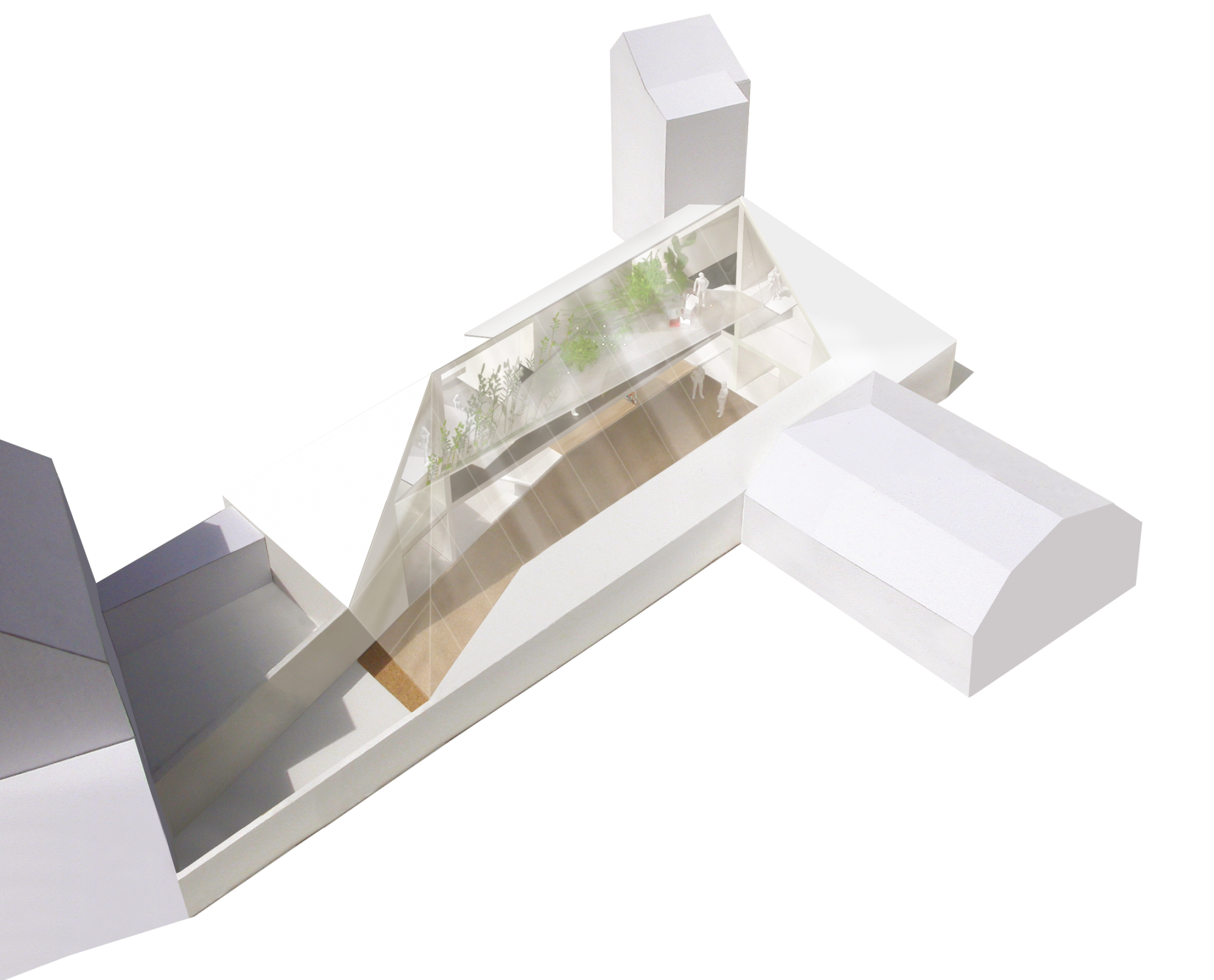 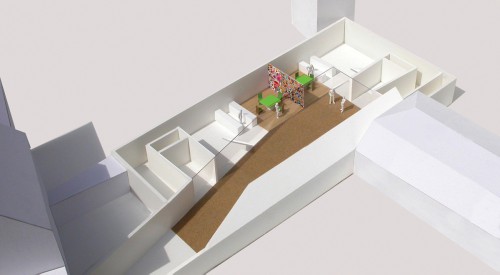 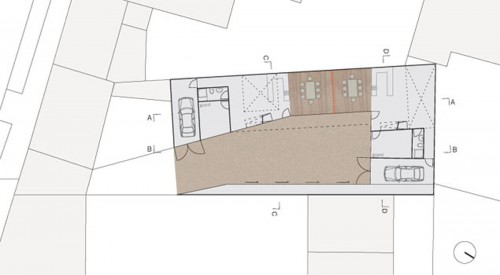 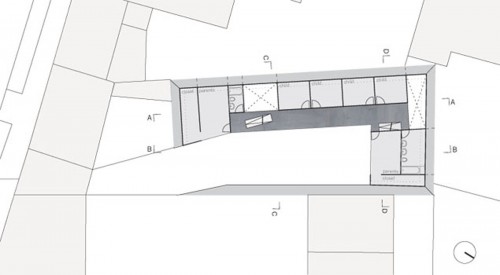 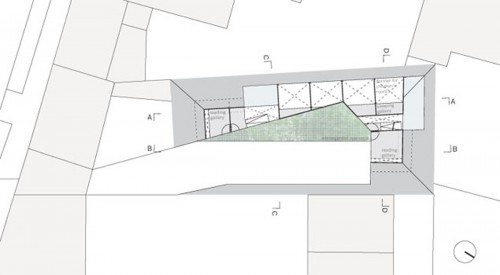