The geometry of Frank Lloyd Wright’s building is extended infinitely. The resulting enlarged conical ‘void’ is examined strata by strata over an exponentially increasing scale. The contents and their movements are plotted: the migratory courses of birds; European Starlings, the Bald Eagle, and the Pale Male Red Tailed Hawk, the flight paths of planes and helicopters, the falling debris from a destroyed spy camera, the routes of American and foreign satellites, the sun and solar eclipses, the trajectory of comets and the positions of the stars on key dates. All pass through the extended void of the Solomon R. Guggenheim building.
The oculus of the building is blacked out, leaving a pinhole at the centre with a focusing lens beneath it. The centre of the ground floor is turned into a projection plane. Thus the building is converted into a camera obscura. The movements in the sky above are captured. ‘Out of the void’ is projected Into the Void.
FAR Frohn&Rojas + Skene Catling de la Peña
Project Team: Marc Frohn, Charlotte Skene Catling, Mario Rojas Toledo, Samuel Chisholm 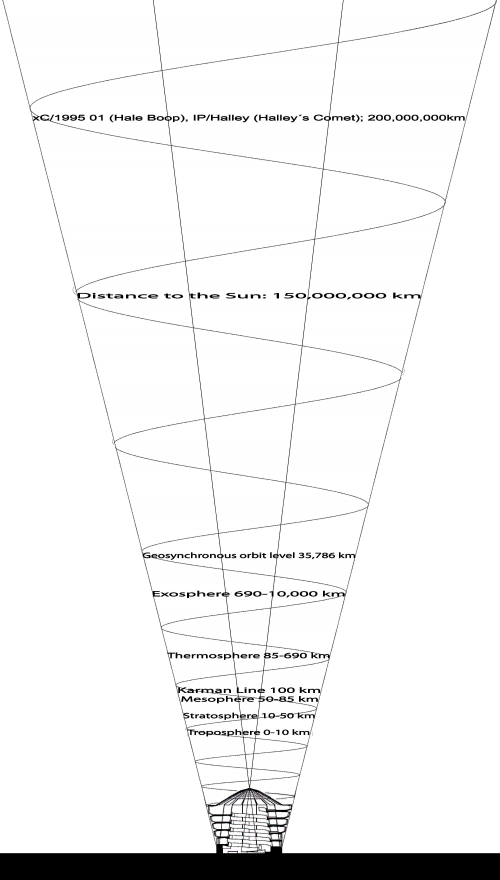 the Guggenheim Museum is turned into a Camera Obscura: the centre piece of the glas roof becomes the pin-hole, the ground floor the projection plan, from the spiral the projection can be viewed 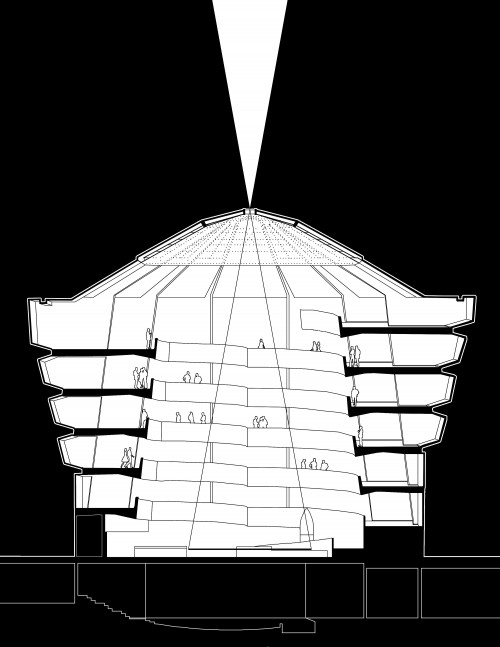