There were two main challenges that we had to address in our design for the new hospital. Firstly, an organizational logic that could house highly differentiated medical services differing in program, treatment frequency, hospitalization times, degree of privacy and sponsorship needed to be identified. Secondly, there was an apparent contradiction in their request: they wanted both a strong urban integration of the hospital, benefitting the day-clinic and ambulatory rehabilitation, and also privacy for the wards. This had to be solved. Our proposal organizes the hospital as a ring-like structure surrounding a park. This approach allows for a high degree of differentiation of the medical programs along the loop. At the same time it creates a protected green space for the patients, the team of doctors and nurses and the general public. The treatment areas, the ambulatory programs as well as the day-clinic are located along a deep indentation of the ring, which is accessible from the main road. Bridges crossing the park short-circuit the treatment areas with the wards in the outer ring. The design builds upon the “Hof”-Typology that is deeply rooted in the urban fabric of Vienna. It develops this urban typology further in order to support the necessary duality between a private and introverted landscape of medical care (wards) and an urban presence and connectedness of the ambulatory treatment and the day-clinic. 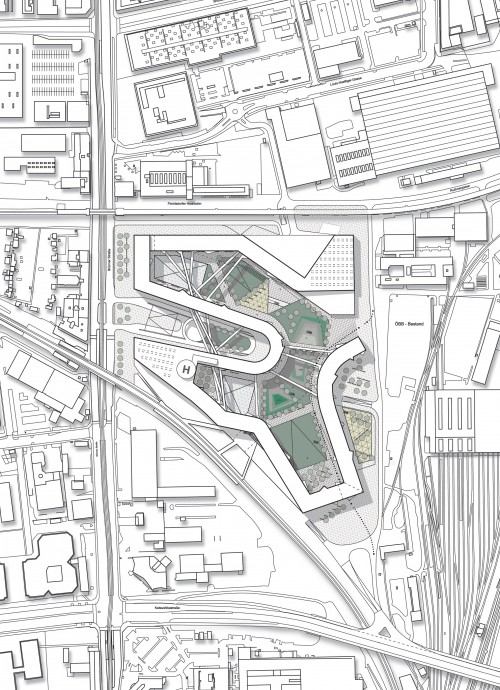 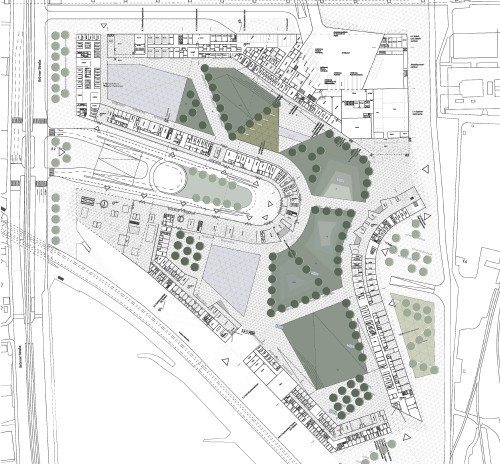 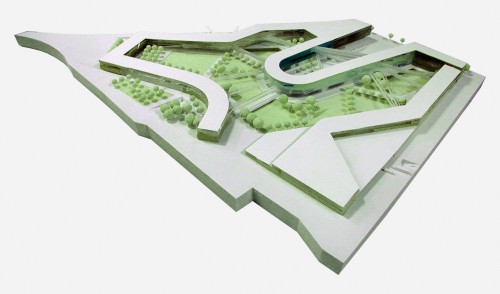 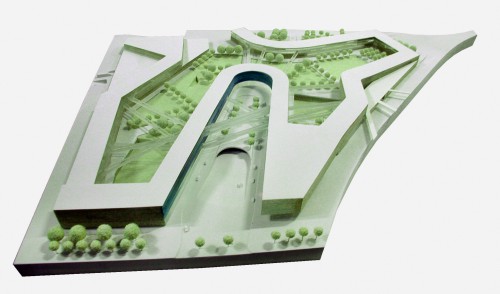 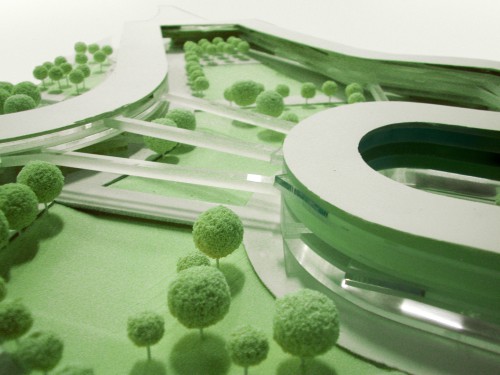 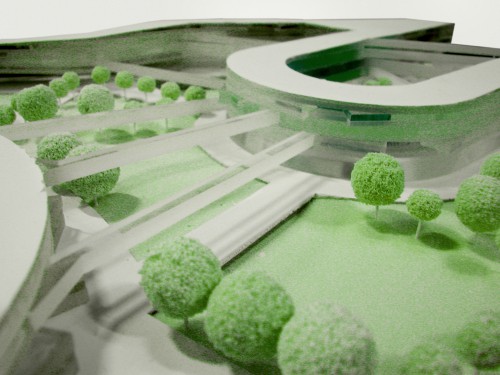