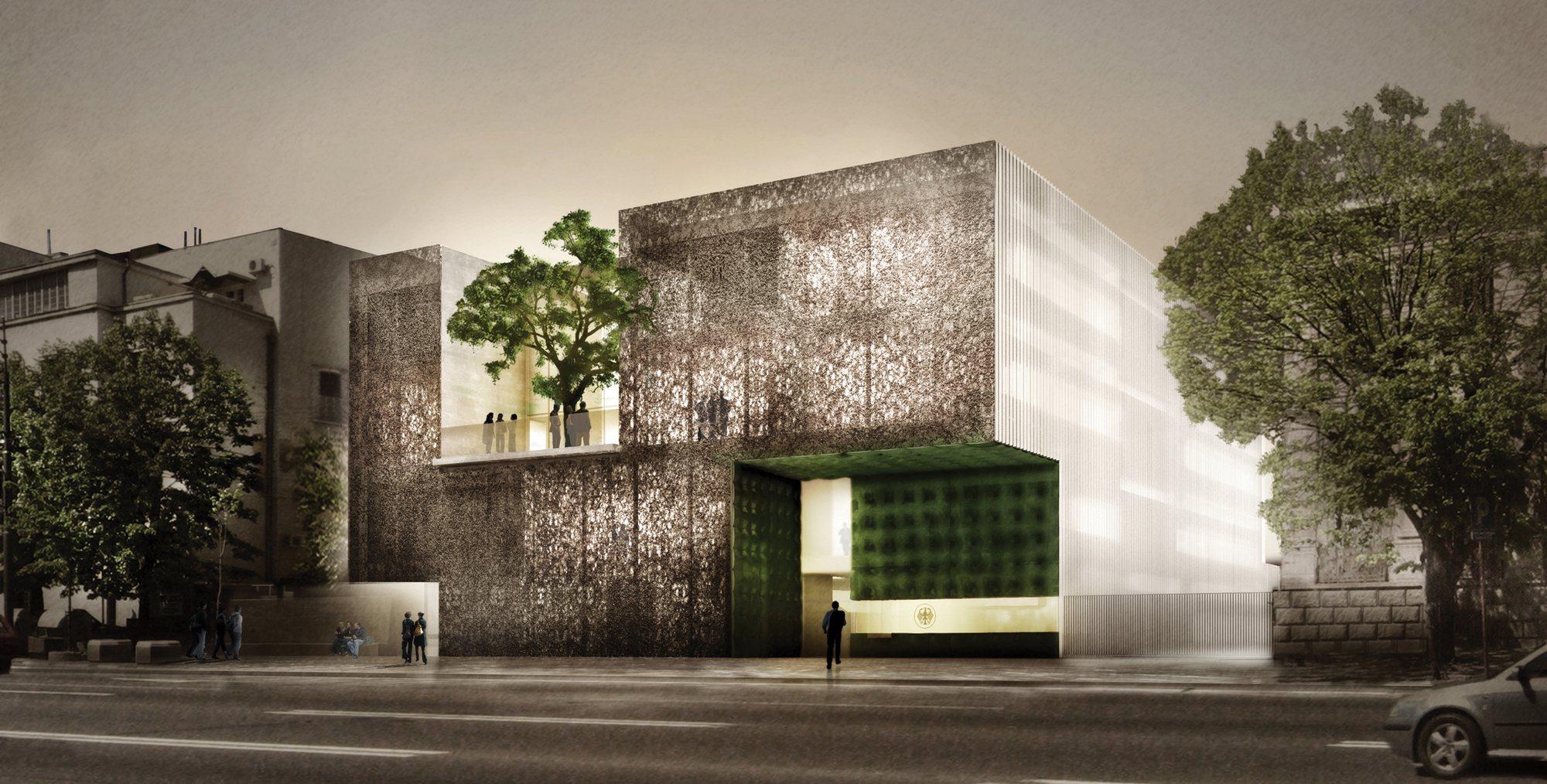 The Diplomatic Contradiction
The 21st century is an era of perceived terrorist and ecological threat which sends architecture to the frontline and the city into defensive mode. These are currently the biggest challenges architects face. The embassy building lies at the core and embodies an apparently inevitable contradiction: on one hand it is expected to operate as a catalyst for communication and represent its nation as open and welcoming. On the other, it will be under constant security alert. Like almost no other building type, embassies face a fundamental dilemma: the disguise of defense. It is clear that a core defensive strategy could easily undermine the embassy’s desired atmosphere of openness, porosness and transparency. In Belgrade, which is so historically charged, buildings in the direct vicinity of the future German Embassy still show the wounds of recent NATO bombings. Not surprisingly, notions of fortification and vulnerability are omnipresent.
Our architectural challenge in creating a design for the German Embassy in Belgrade thus became: How could a building under these circumstances be both open and safe? How could we create an architecture that creates a stage for the ceremony of diplomacy while also encouraging informal encounters? And how could we unlock a new type of public presence and architectural relevance given the inevitable 21st century issues of security? 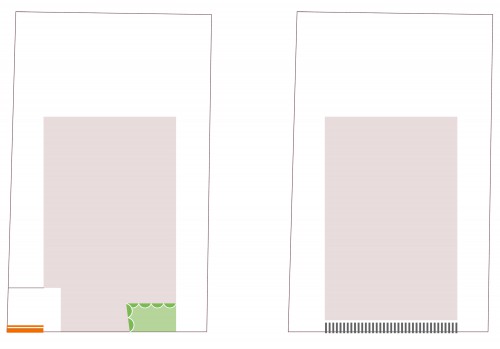 secured elements of the street facade 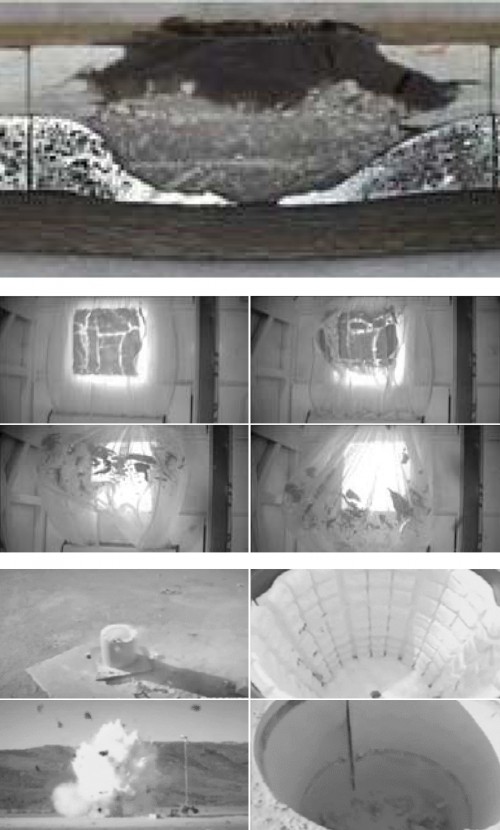 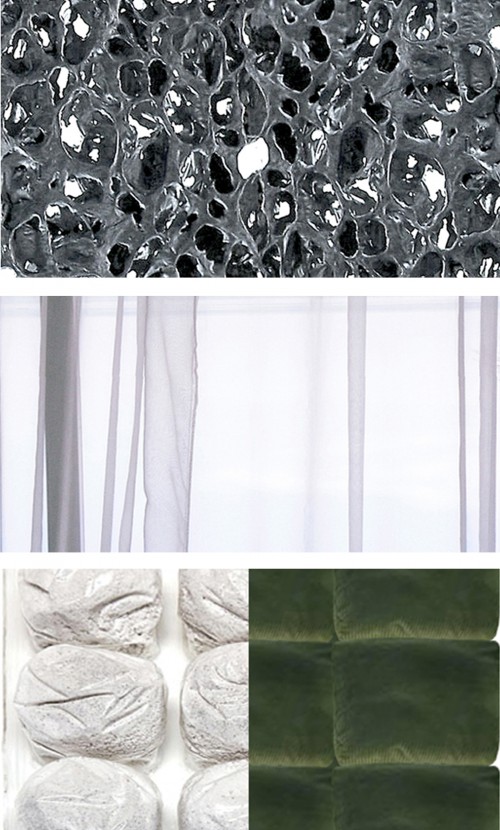 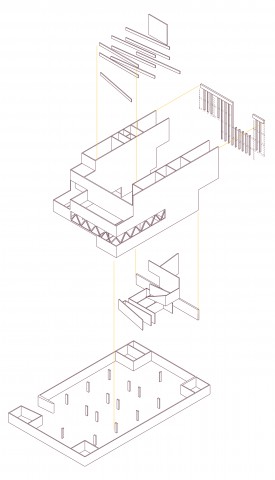 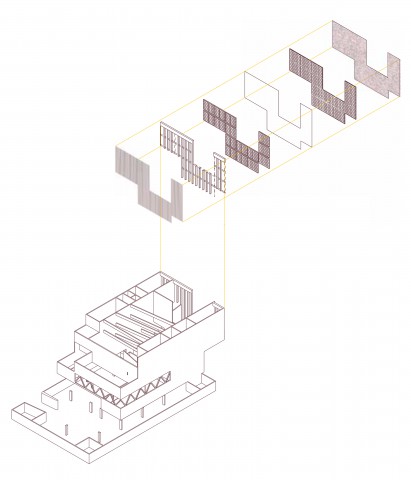 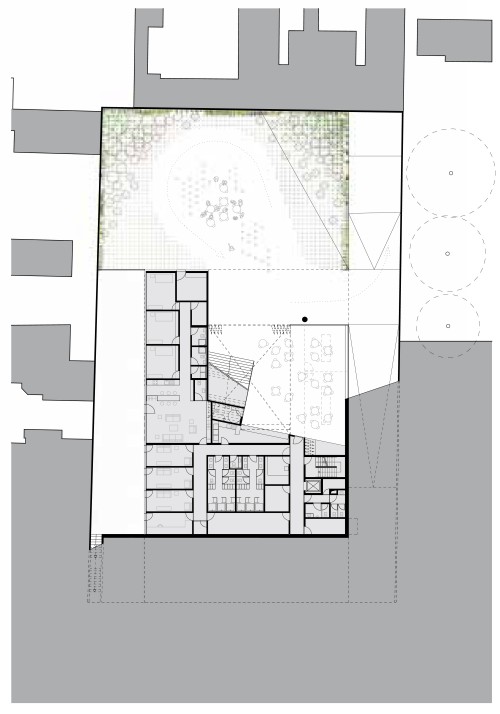 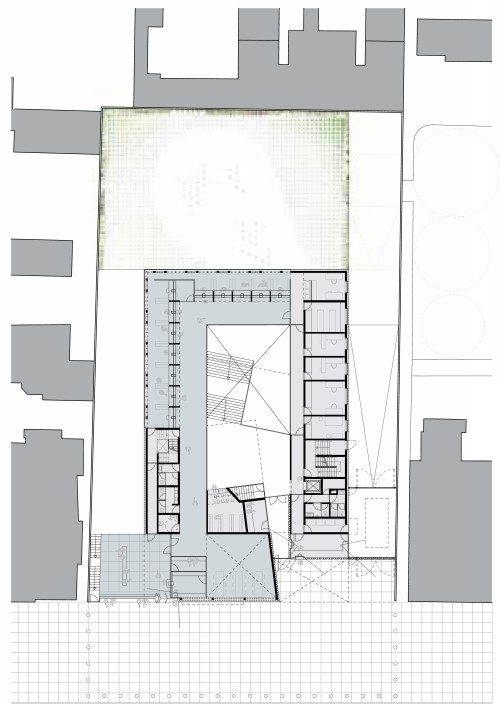 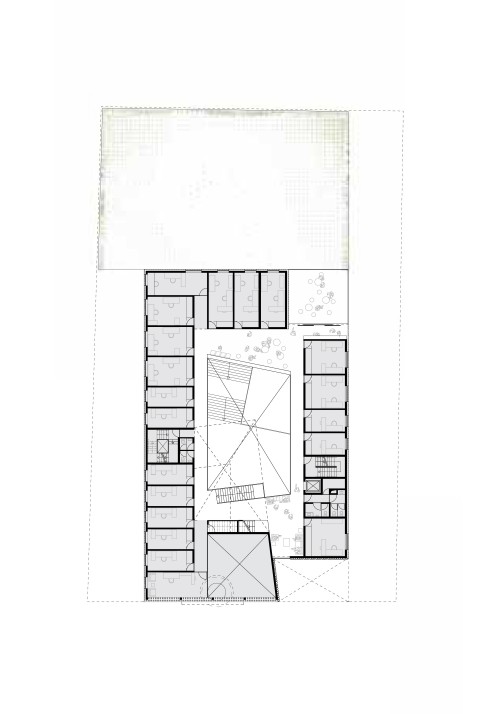 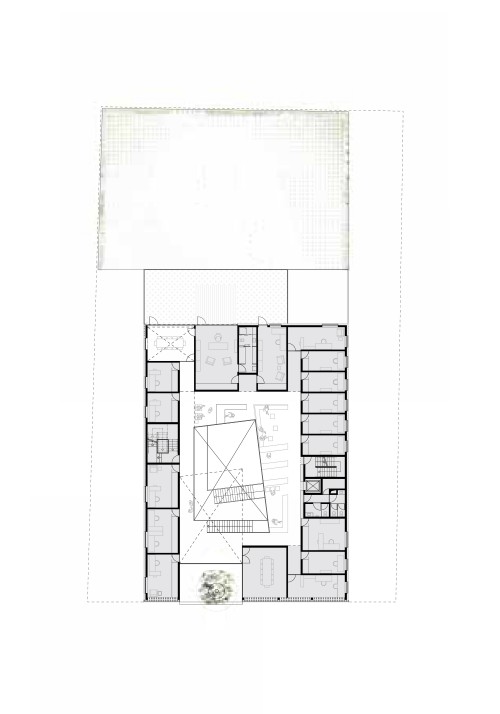 The stepped atrium connects porte-cochère and balcony overlooking the street. It creates a stage for the ceremony of diplomacy while also encouraging informal encounters. 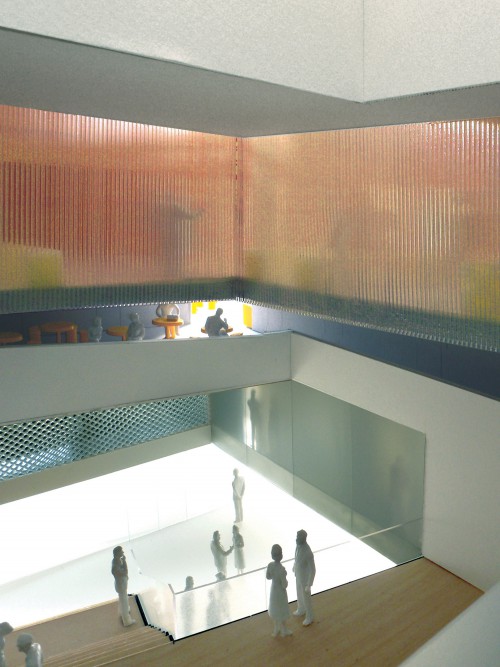 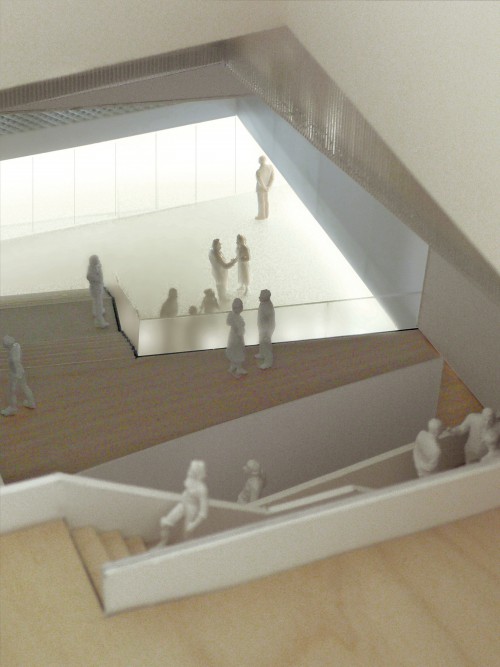 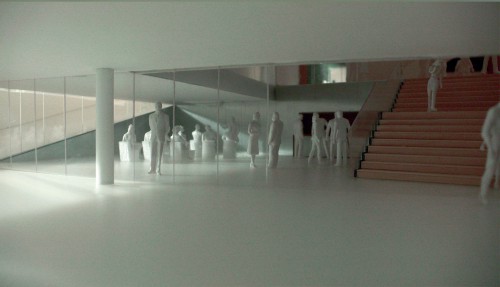 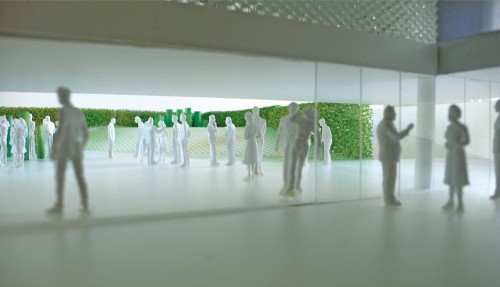