The client´s expectations for a single-family residence had a conflict: between their expressed spatial wishes and the maximum floor area allowed for by legal DFL2 standards. Since the site allowed either a single-family house or a settlement to be built, we developed a design that could grow from a single-family residence to a duplex when additional space was needed in the future. As a result, the design is characterized by a symmetrical doubling of drive-way, staircase and entrance door. Two large cantilevers of the second floor create shaded outdoor terraces that can later be easily enclosed. The design pushes the typology of the single family home further, to be able to adapt to future changes in terms of family growth, live/work proximity and aging. 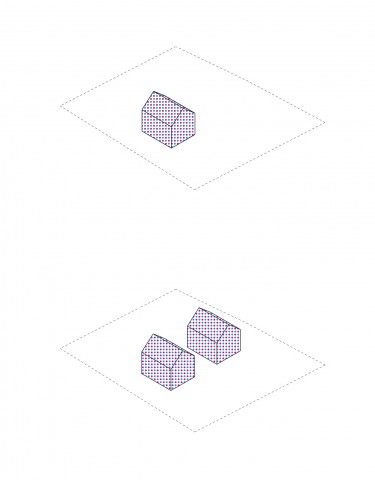 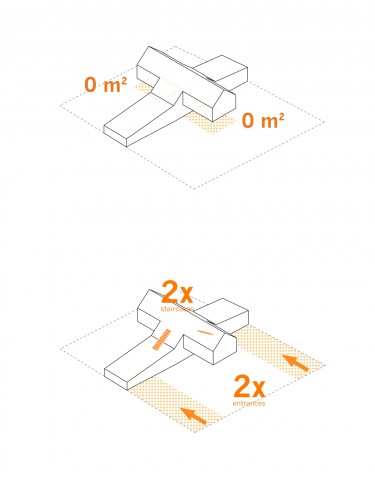 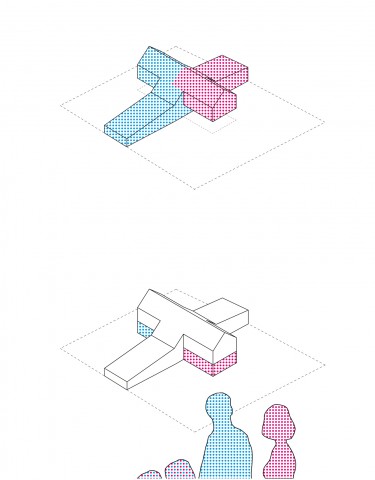 possibility of developing a single family residence or a settlement of multiple units (a), desgin strategies of symmetrically doubling key features and cantilevering the upper floor (b), single family house can be split into duplex and terraces underneath cantilevers of upper floor can be closed easily in the future (c)

elevations showing symmetries of the house 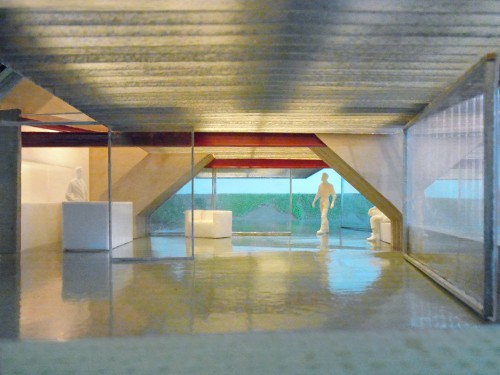 terraces underneath the cantilevered upper floor 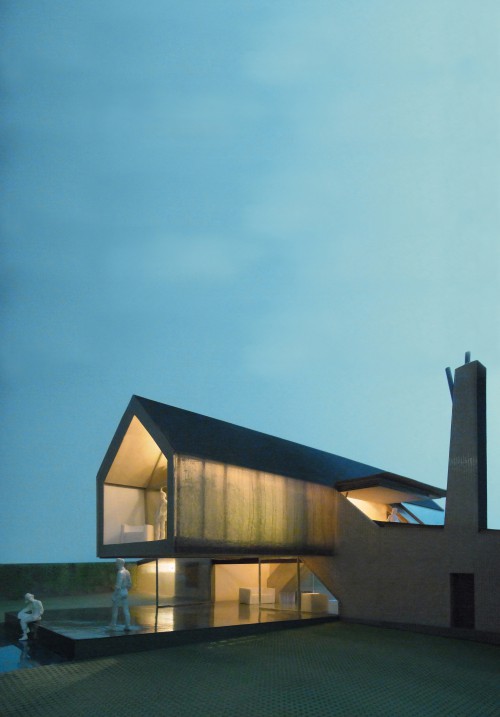 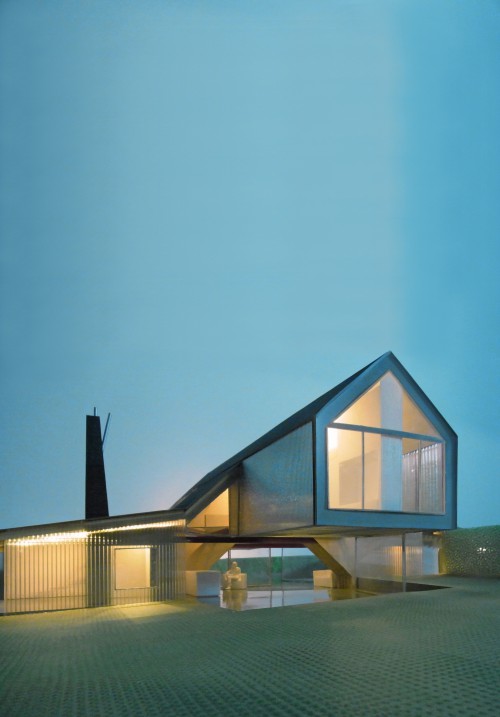