In February 2010, the building that has historically housed the Goethe-Institute was damaged by earthquake. While FAR continues work on the historic structure, an interim solution was needed, but one with a complete character and integrity of its own. The temporary Cultural Institute is to be installed on an unfinished floor in an office high-rise. The space is characterized by a large depth of 16m between core and façade, but with only limited space for class-rooms, library, office, event- and exhibition space. A language was created through a vocabulary of existing furniture and a new metal shelving system, configured to subdivide the large open floor. This strategy minimizes the resources while creating a coherent landscape. The furniture divisions are arranged radially around the core, allowing views out from any given point and drawing sunlight into the full depth of the floor. The radial arrangement of the services, exposed and coloured, emphasise the centrifugal force of the layout.
FAR Frohn&Rojas
FAR project team: Marc Frohn, Mario Rojas Toledo, Max Koch, Natalia Becerra, Fabio Magnago, Steven Vidovic, Tim Maassen, Philipp Kentgens, Marius Helten, Isabel Miño, Pia Custodis, Alex Seick, Nikola Freissmuth, Reina Pisano
Consultants: Masterclima, Proingel, Grupo-Schutz, Constanzo ERIL
Photos: (c) FAR frohn&rojas 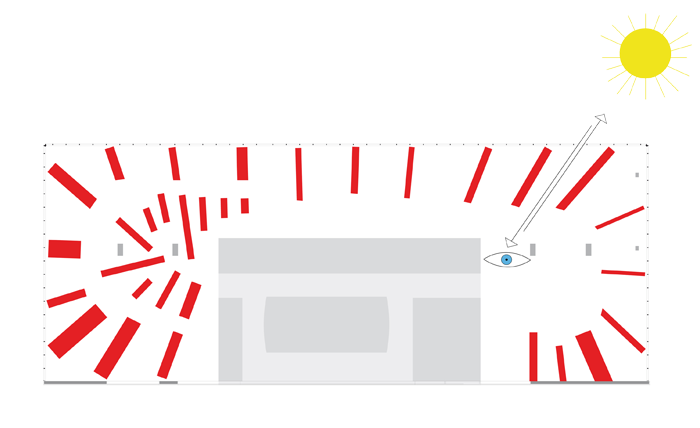 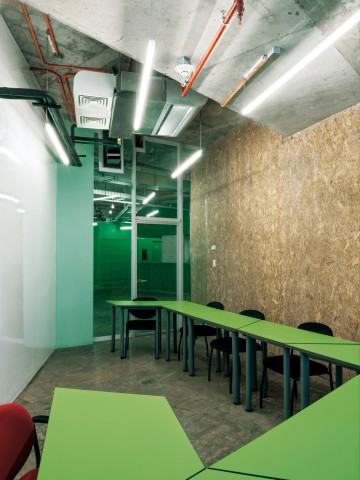 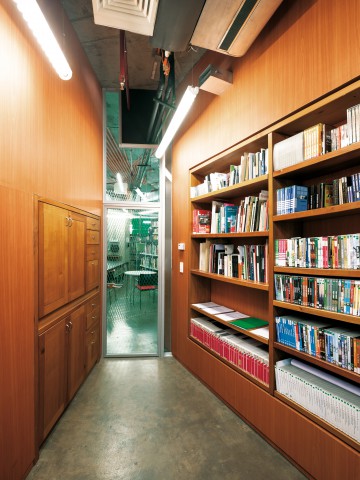 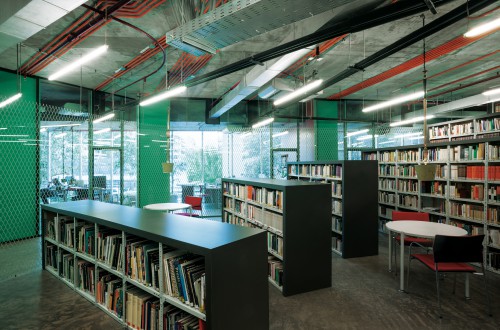 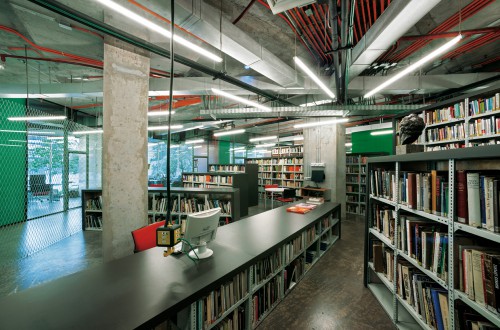 allocation of existing furniture pieces in the new layout 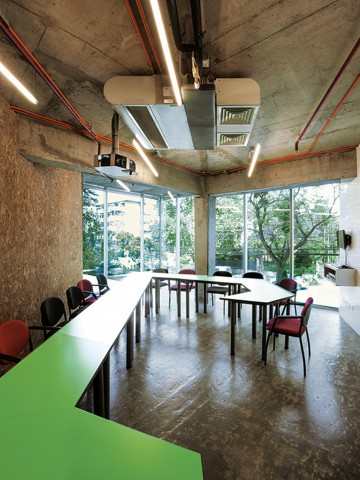 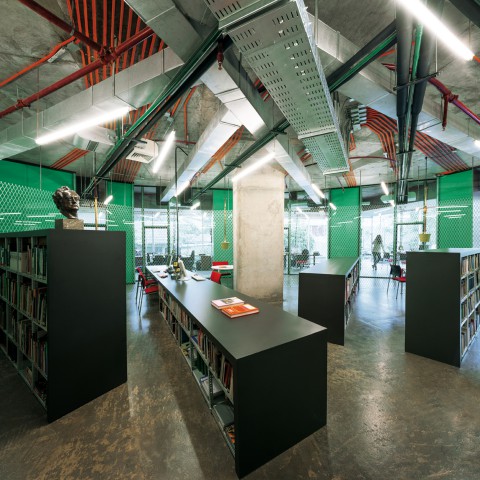 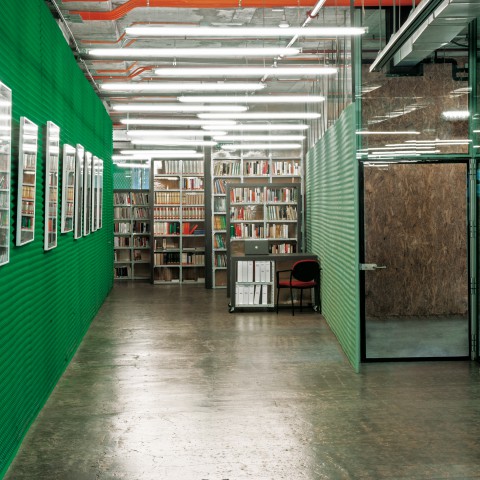 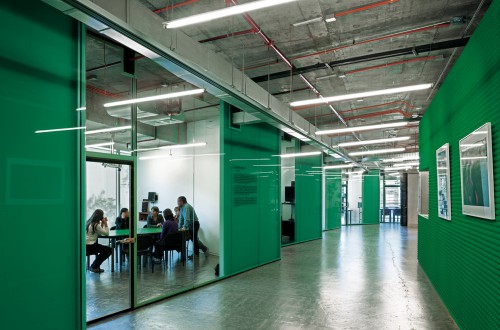 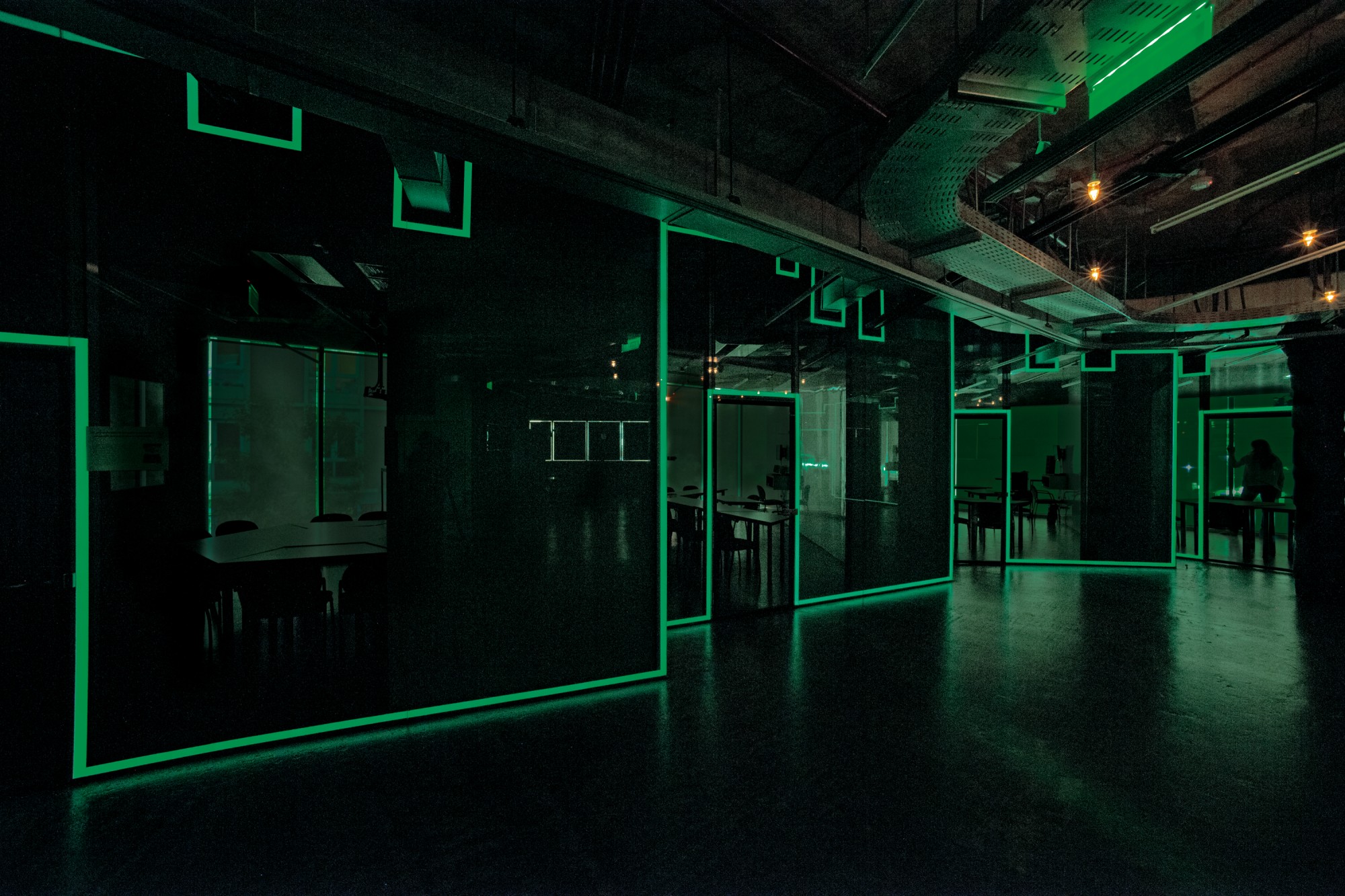