As part of the architectural league prize for young architects and designers exhibition in New York, FAR frohn&rojas present their new global economy:
following this year’s theme of “resource” and playing with their office’s setup on different continents, FAR conceived an exhibition that could be brought in a single suitcase on their long-distance flight to new york. This luggage contained their entire body of work, though once installed it filled the large exhibition space. Within four reverse-engineered ‘shadow object’ globes are miniature worlds that act as portfolio. Once staged with light the rotating globes reveal FAR 's body of work as a sequence of large-scale shadows cast on the walls of the space. While the globes have been custom engineered and 3d-printed, all other components of their exhibition consist of off-the-shelf pieces such as ikea’s scissor-mirror “fräck”.
FAR frohn&rojas
Project Team: Marc Frohn, Mario Rojas Toledo, Max Koch, Lena Rautenbach, Dina Tranze-Drabinia
Consultants: Prof. Mark Pauly (EPFL Lausanne), Niloy Mitra (IIT New Delhi) 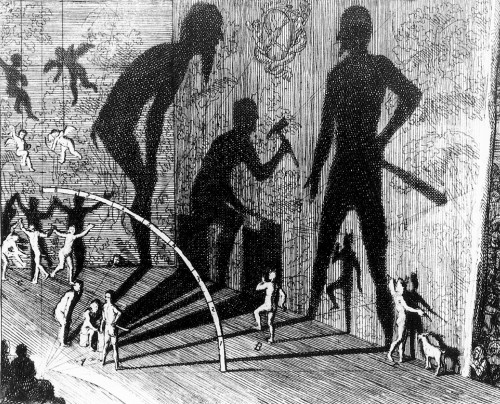 The rift in terms of economy between the limits for our luggage and the large space to the activated (above). A hint on how to "fill" the space with the smallest possible objects was derived from the engraving by Samuel van Hoogstraten (below). 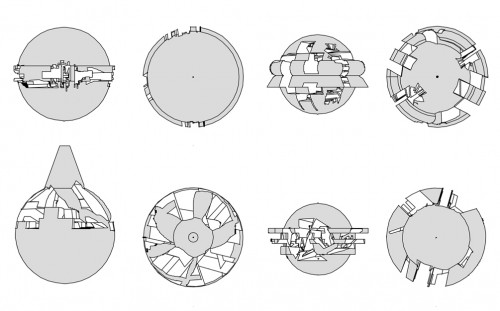 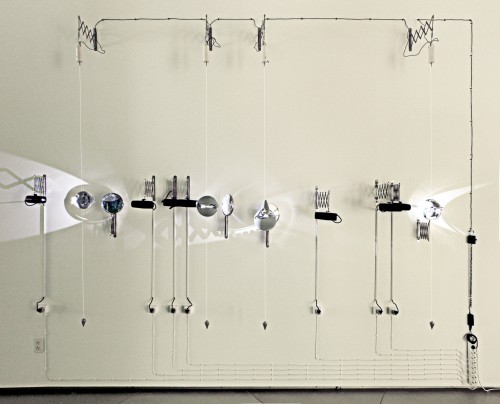 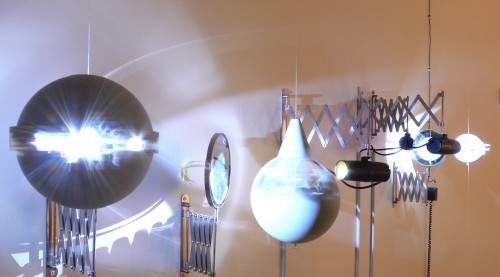 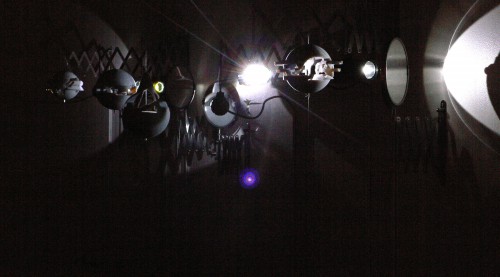 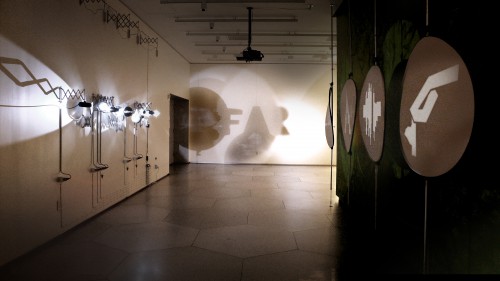 setup and atmosphere of the exhibition