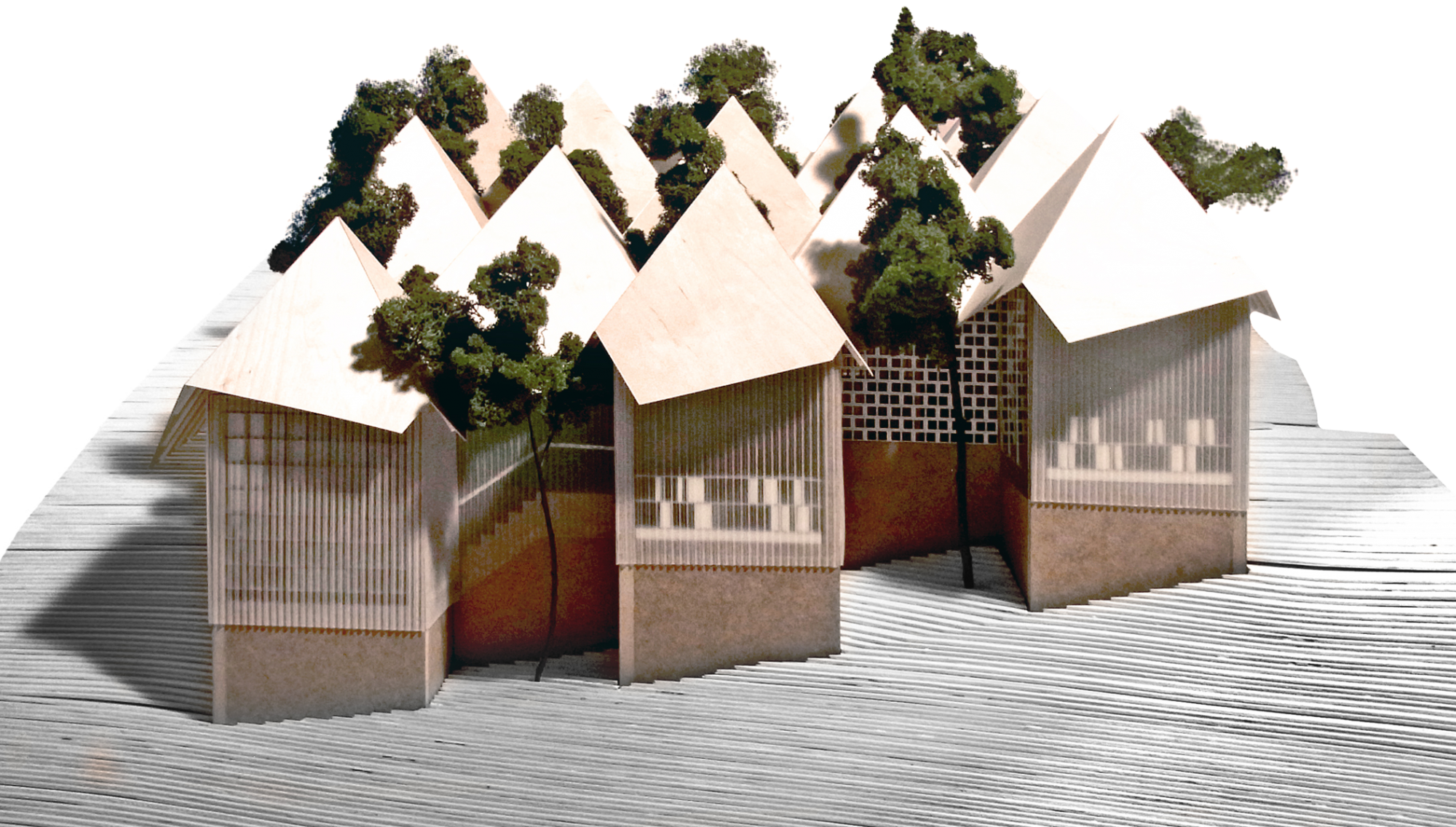 The Checker Board House is the first in a series of residences we are designing in Saint Vincent and the Grenadines on a lush green, sloping site. As the name suggests, the house with four bachelor apartments is organized as an alternating pattern of square internal rooms and external courtyards. Each unit consits of six spaces, three inside and three outside. All courtyards surround an existing tree. The rooms are based on a simple concrete skeleton. This three dimensional grid has been thrown over the landscape like a net and is transformed by the topography beneath it. The topography generates varying sectional sequences.
A unifying sequence of pyramidal roofs crowns the 5 x 5 square grid. The high pitches and overhangs are an integral part of the passive environmental logic. The stack effect helps draw hot air to the top of the building where it escapes. The roof has a strong visual presence, performs well in the local climate, and yet seems strangely unique within the context of the existing island typologies and the local traditions of construction. The form of the roof is reminiscent of the aesthetic and material cross-breeding displayed in the historic and extravagant Caribbean head gear as depicted in the late 18th century by Agostino Brunias. Their purpose was functional, decorative and tribal. The island invites you to „build your dream“. As a result it displays a potpourri of personal fantasies isolated by a thicket of lush tropical green. In reality, many of the houses appear to have been „designed in a dream“. They are displaced inner worlds lost in reverie, unconscious of their surroundings and climate. As a result they are doomed to be short-lived. By referring back to the Carribean tradition of cultural cross-breeding and absorbing the alien the Checker Board House offers an alternative trajectory: the house becomes a starting point of a new ‚bastard genealogy’.
FAR Frohn&Rojas + Skene Catling de la Peña
Project Team: Marc Frohn, Charlotte Skene Catling, Mario Rojas Toledo, Max Koch Maria Martinez Ureta, Carolina Hito, Svenja Geske, Julian Cardenas, Vivian Ho, Tristan Prange, Jean Araya
Consultants: Haskins Robinson Waters, ME7 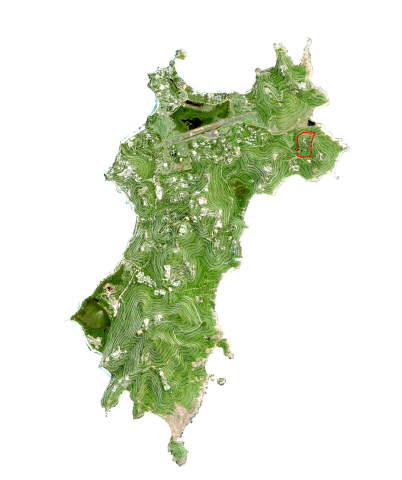 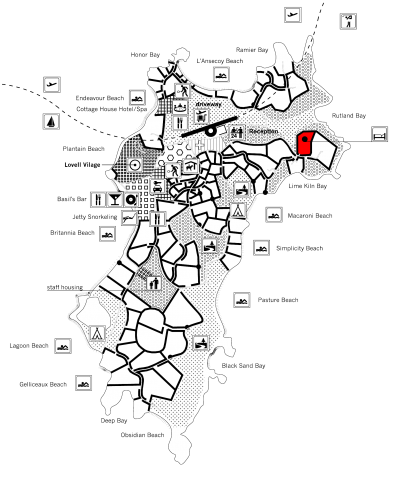 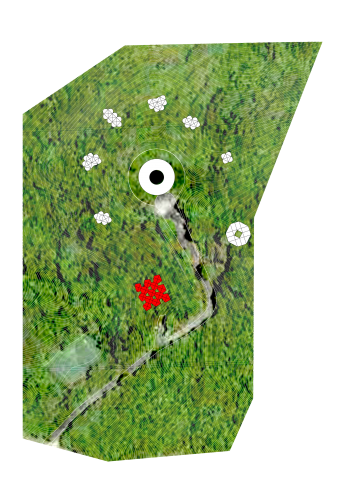 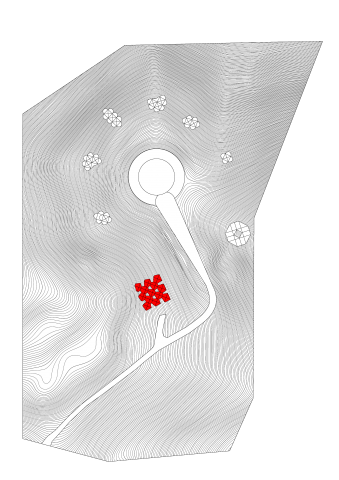 the island and the site 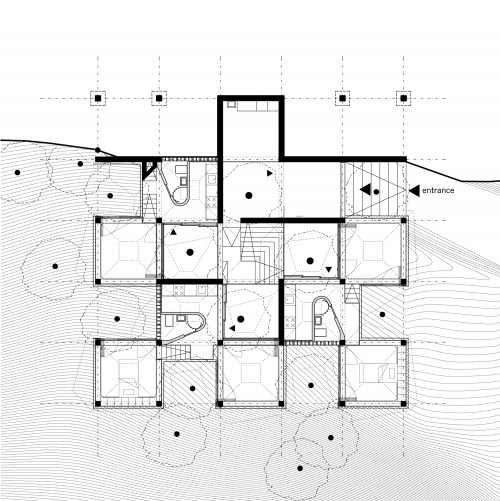 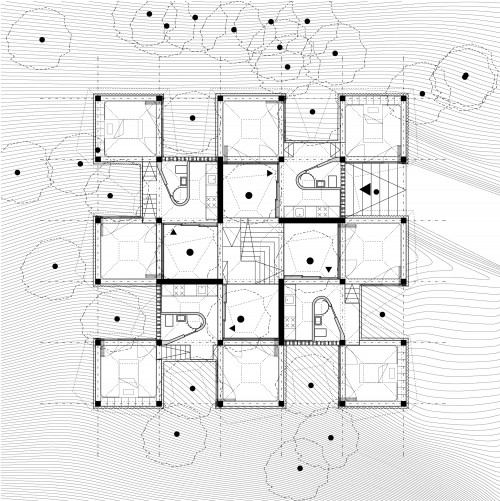 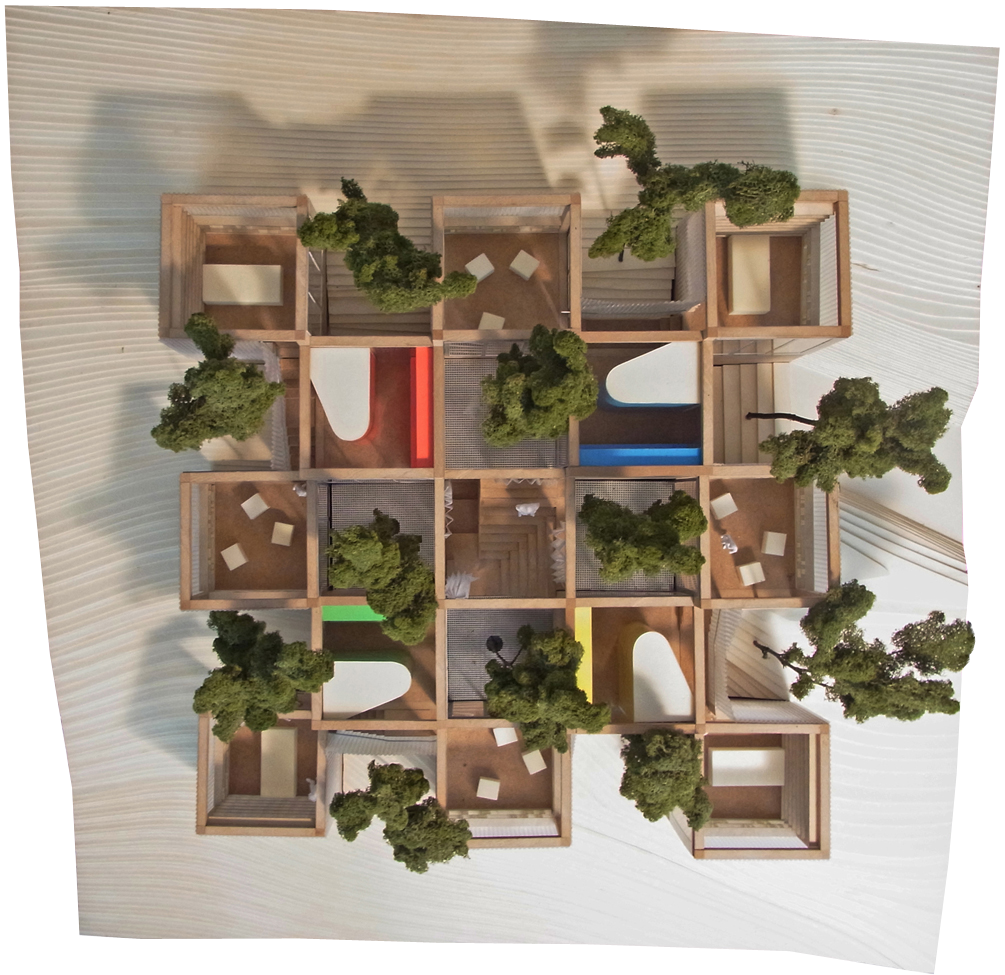 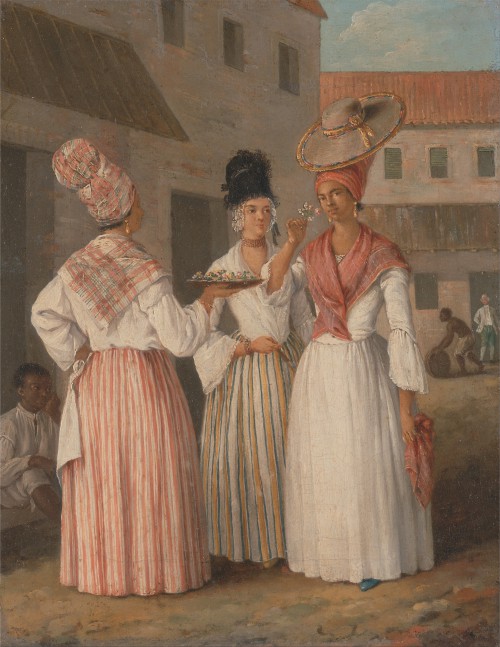 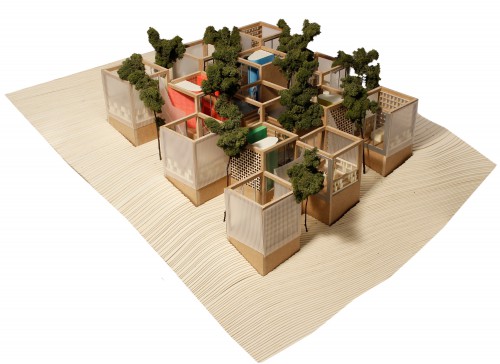 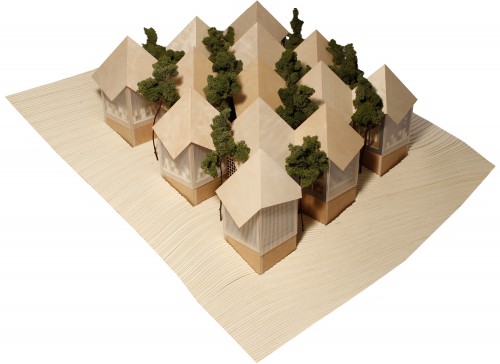 overall building with and without roof 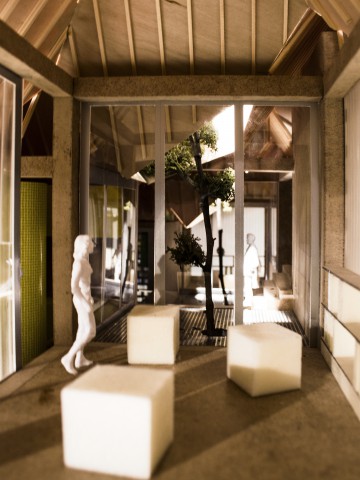 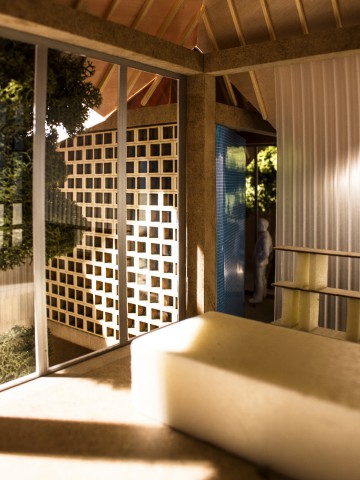 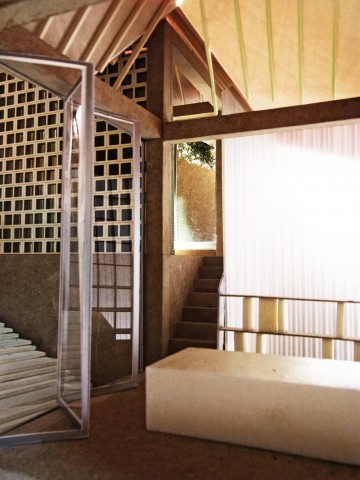 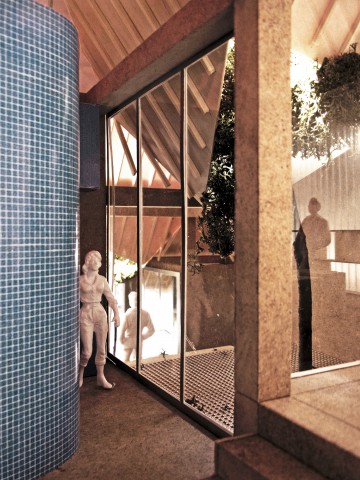