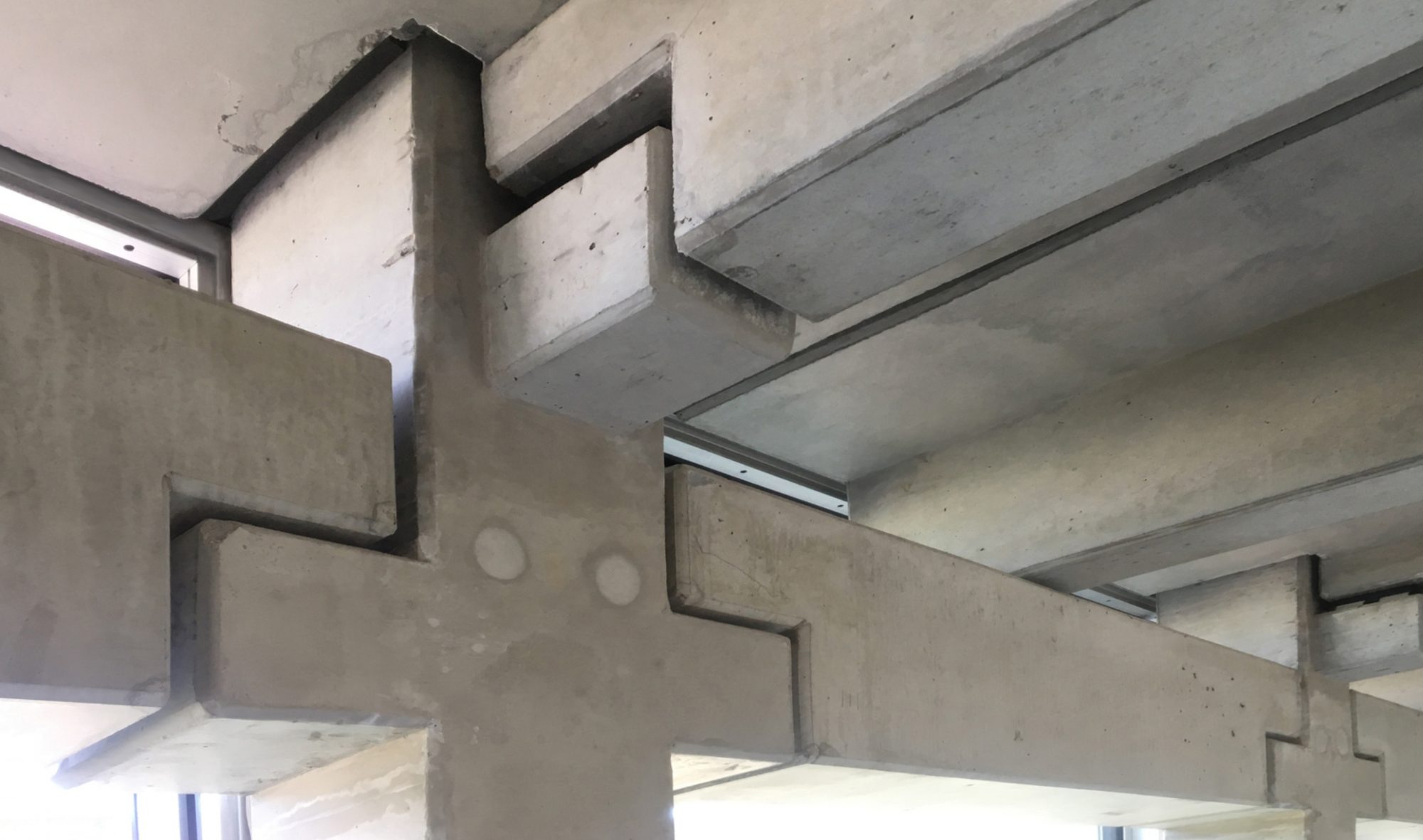 The “Wohnregal” is a 6-storey building housing life/work ateliers. It was built using pre-cast concrete elements common in industrial ware house construction. Underlying the choice for this serial construction technique was the ambition to bridge two apparently contradictory challenges the housing market in Berlin is facing.
On the one hand the industrial pre-fabrication offers the benefits of serial construction techniques such as cost-savings and shorter construction time lines thus addressing the rising construction cost for housing. Countering preconceptions that serial construction automatically implies a standardization of the inhabitable unit itself, the “Wohnregal” at the same time offers a maximum range of different life/work ateliers for an ever-broadening bandwidth of urban life styles.
The pre-cast concrete structure with its long spanning TT-ceilings facilitates such variety as it offers a clear span from façade to façade without any structural walls needed on the interior.
A curtain wall consisting of large-scale standard sliding doors is used as the façade. It allows for the interior to be opened up to its surrounding during the summer months turning the living space as a whole into a loggia. At the same time this curtain wall offers a maximum presence of the gridded pre-cast concrete structure both to the inside as well as to the surrounding.
FAR Frohn&ROJAS
PROJECT TEAM: Marc Frohn, Mario Rojas Toledo, Max Koch, Ulrike vandenBerghe, Lisa Behringer, Ruth Meigen, Martin Gjoleka, Felix Schöllhorn, Pan Hu, Julius Grün, Erik Tsurumaki, Katharina Wiedwald
PHOTOS OF COMPLETED BUILDING: DAVID VON BECKER 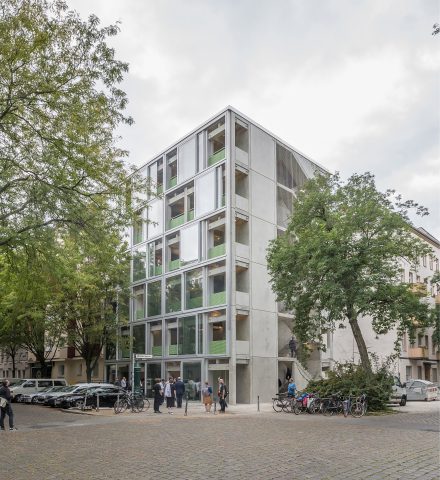 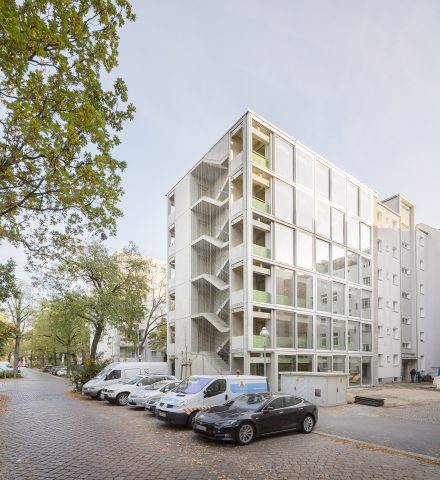 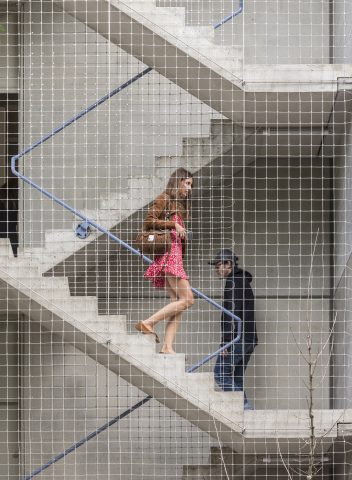 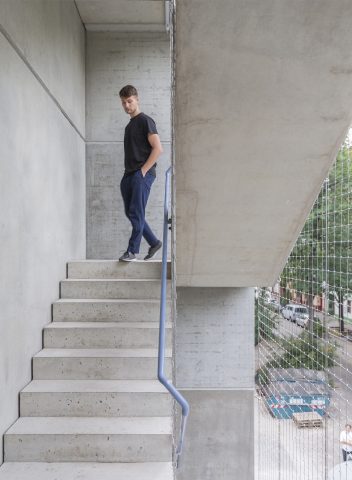 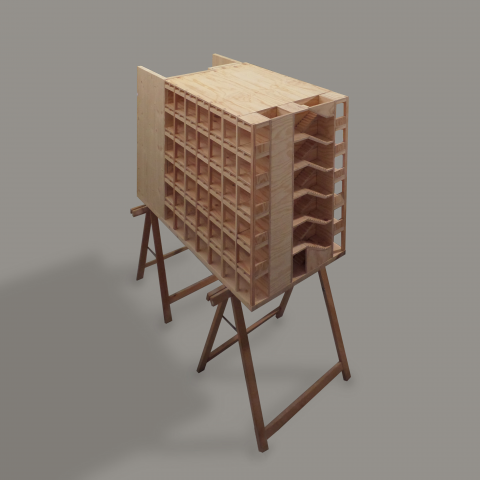 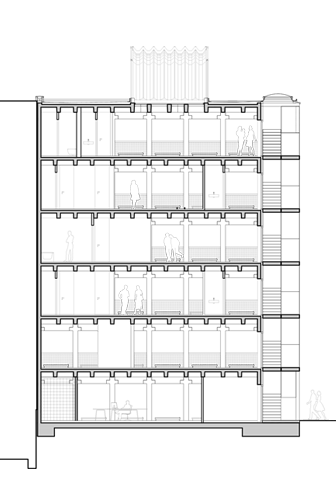 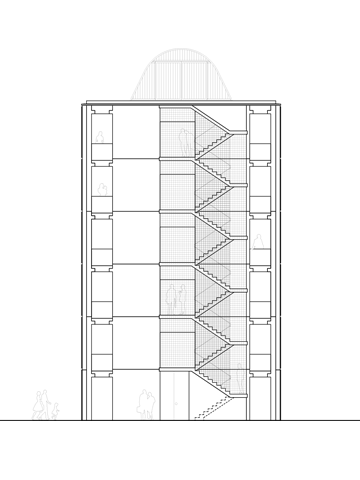 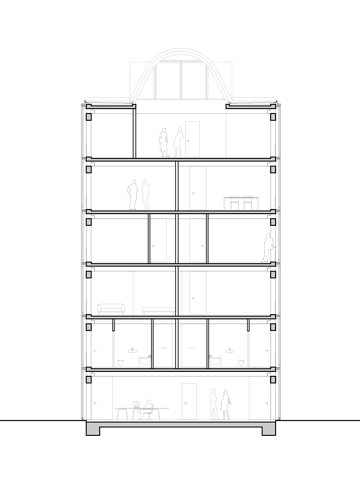 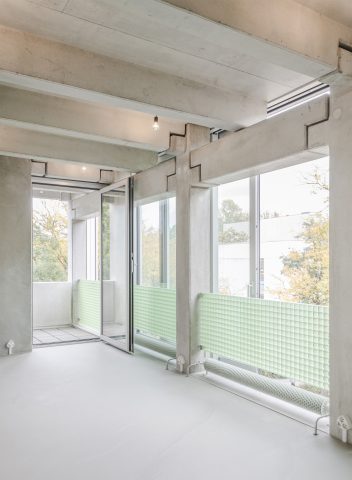 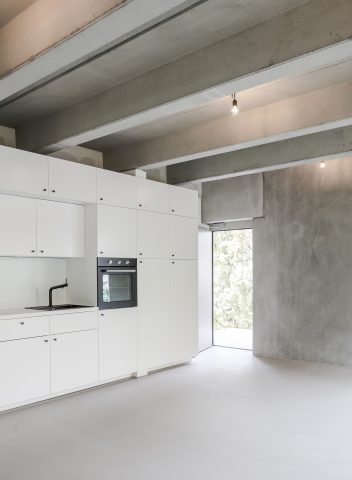 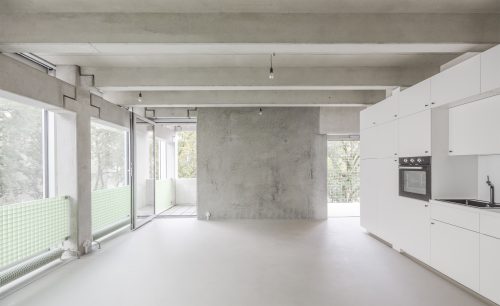 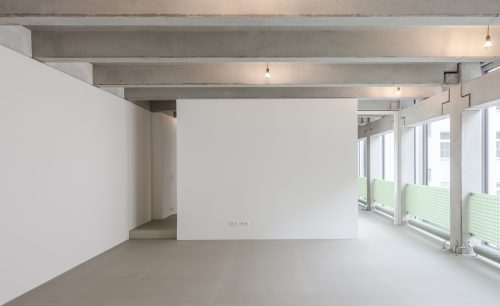 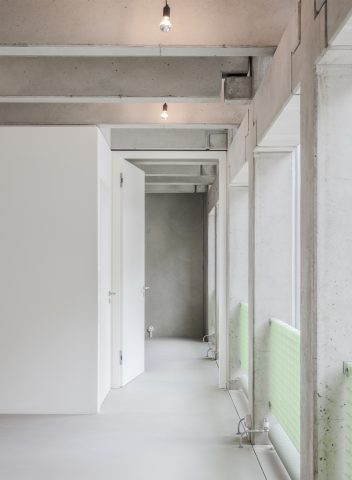 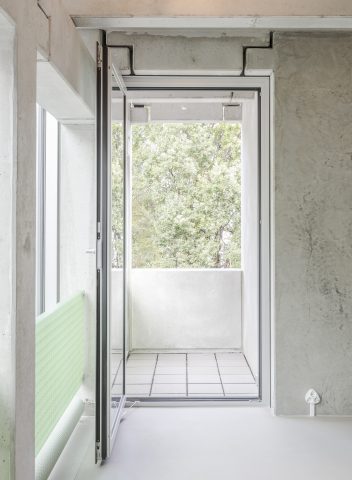 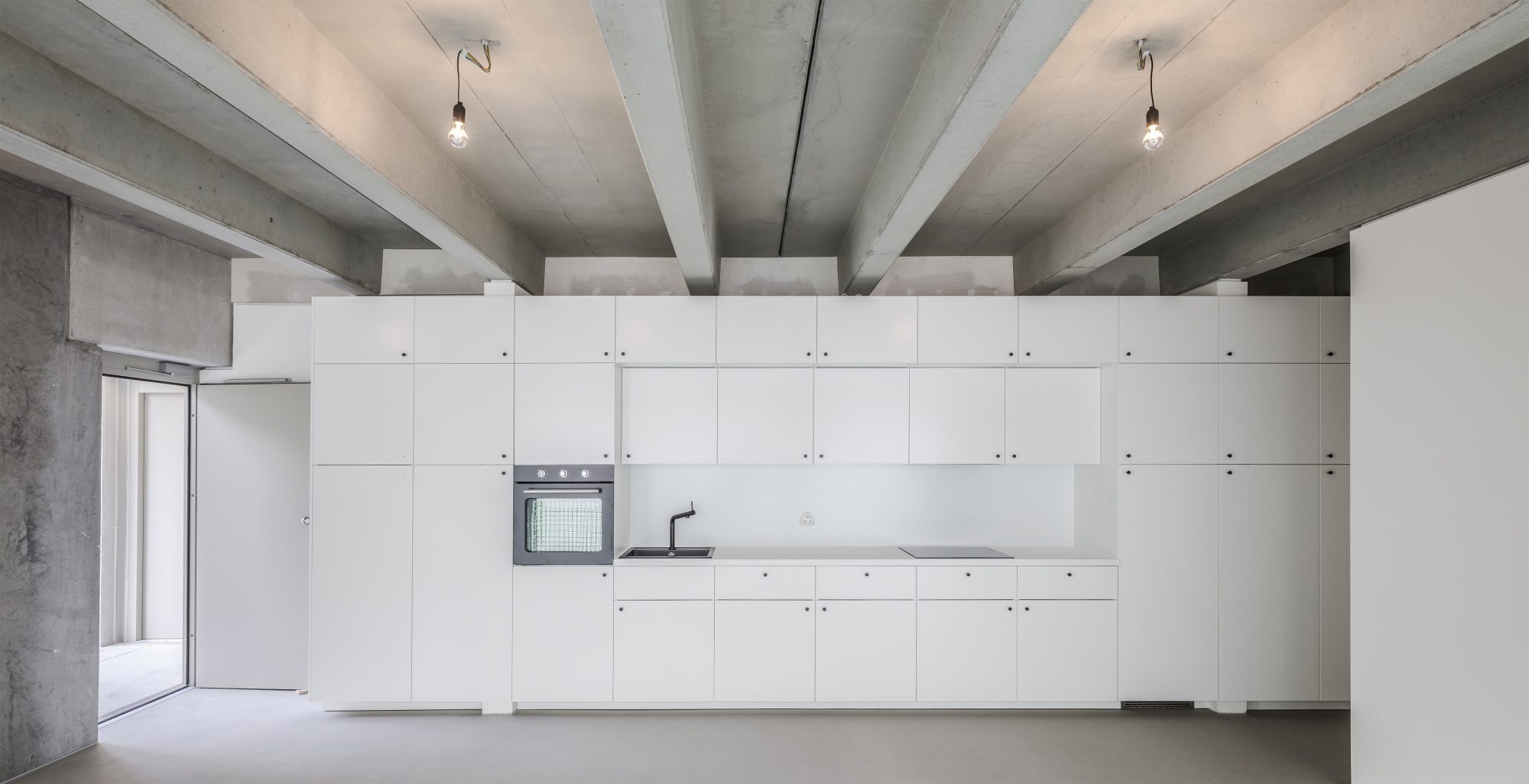