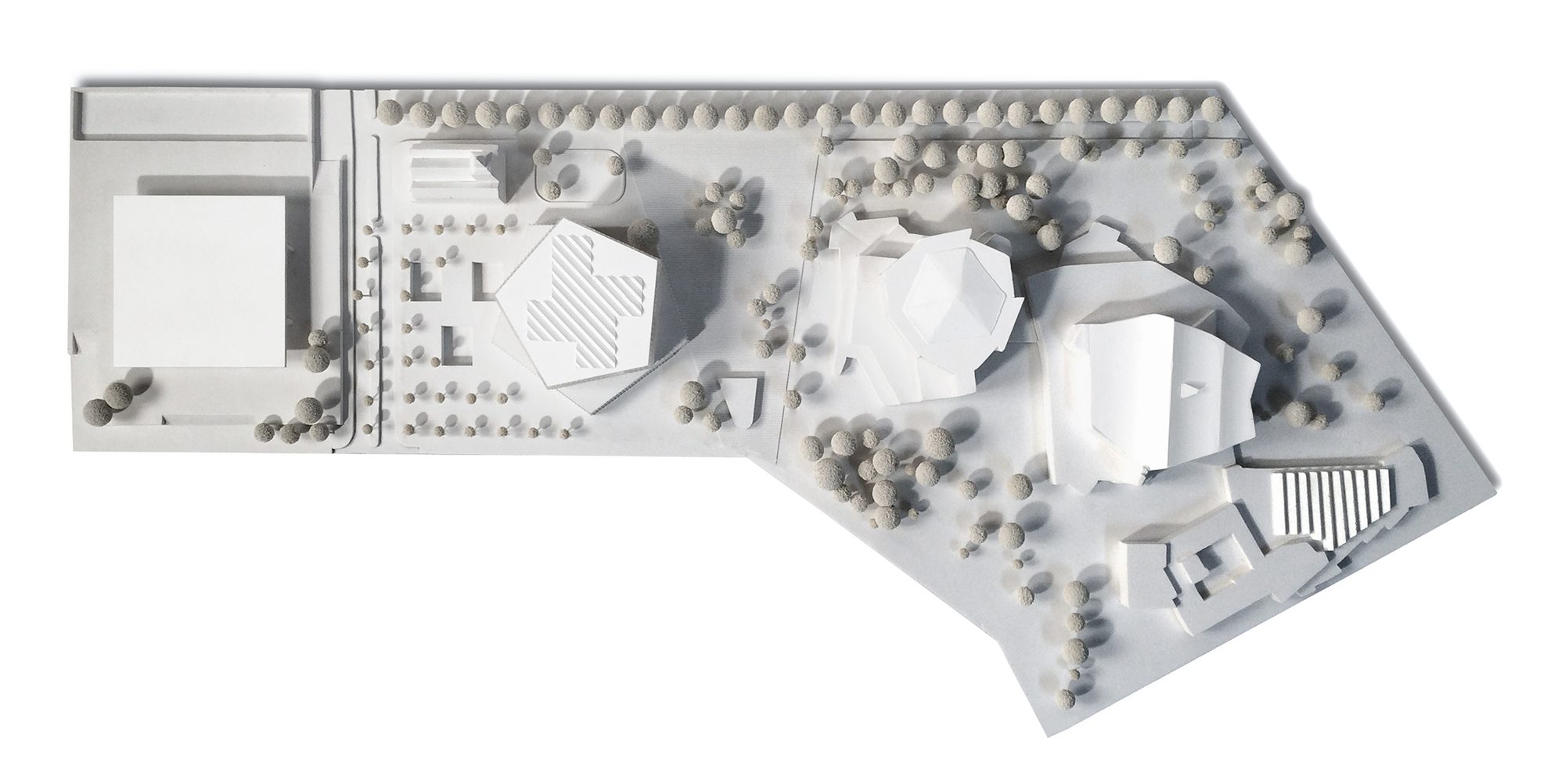 The museum`s site was located between two of the most prominent architectural icons of the 20th century: Mies van der Rohe`s Neue Nationalgalerie and Hans Scharoun`s Philharmonie. We asked ourselves how the new museum should respond to their claims to architectural singularity without reducing Scharoun`s overarching urban approach of the Stadtlandschaft (urban landscape) into a catwalk of architectural images?
As a result our design relates to both neighbors not in terms of their iconic singularity but instead hybridizes their key architectural elements, the relationships of those elements, as well as their geometries.
The resulting metal-clad pentagon hovers over its turned pentagonal base and establishes a link between its neighbors without ever compromising their singularity.
FAR frohn&rojas
Project Team: Marc Frohn, Mario Rojas Toledo, Max Koch, Daniel Grenz, Elena Ambacher, Stefan Glüder, Rasmus List Thomsen
Landschaftsarchitekten: Rudolph Langner - Station C23

Neue Nationalgalerie and Philharmonie: variations on the theme of base and solid

museum: pentagon base and solid 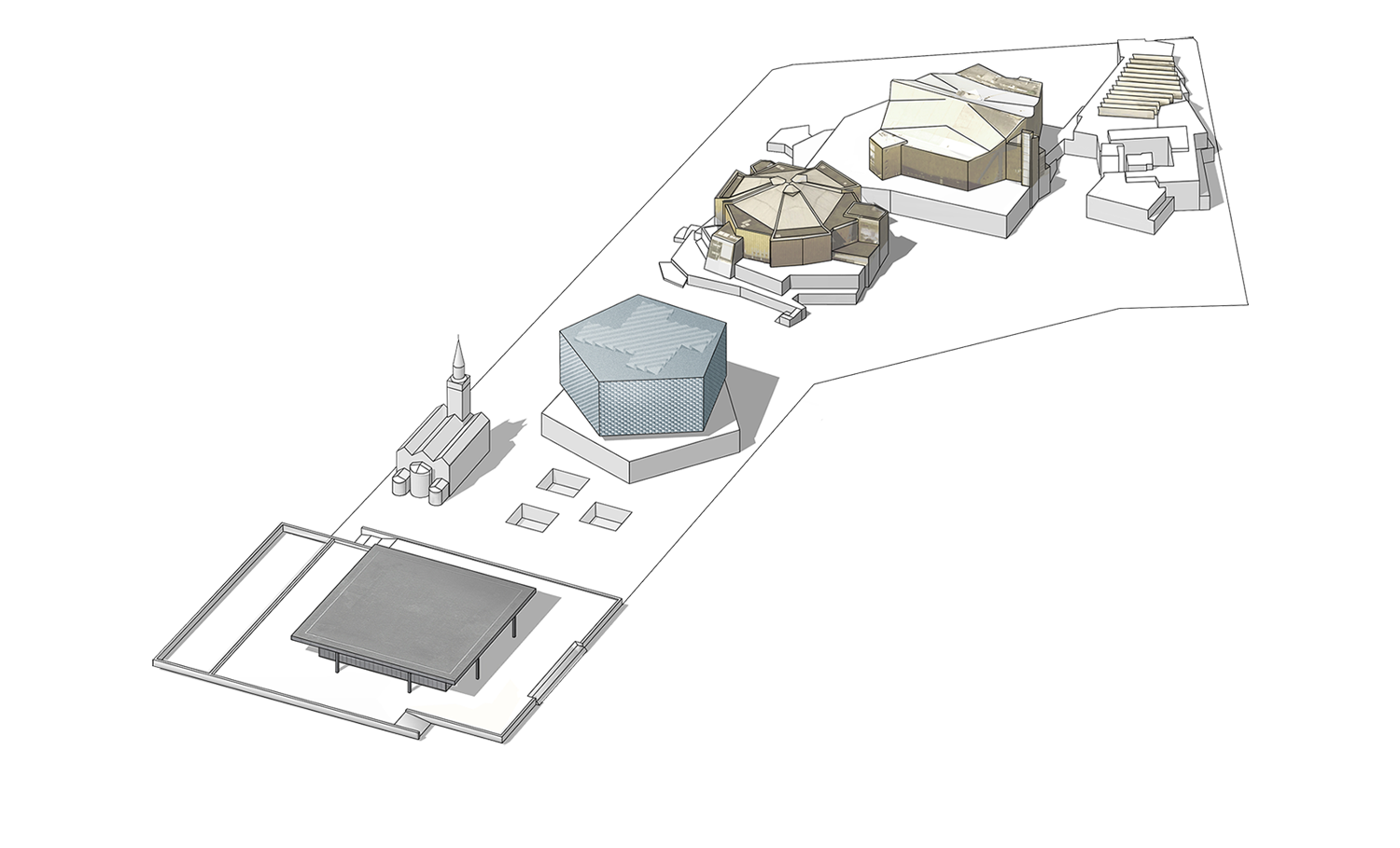 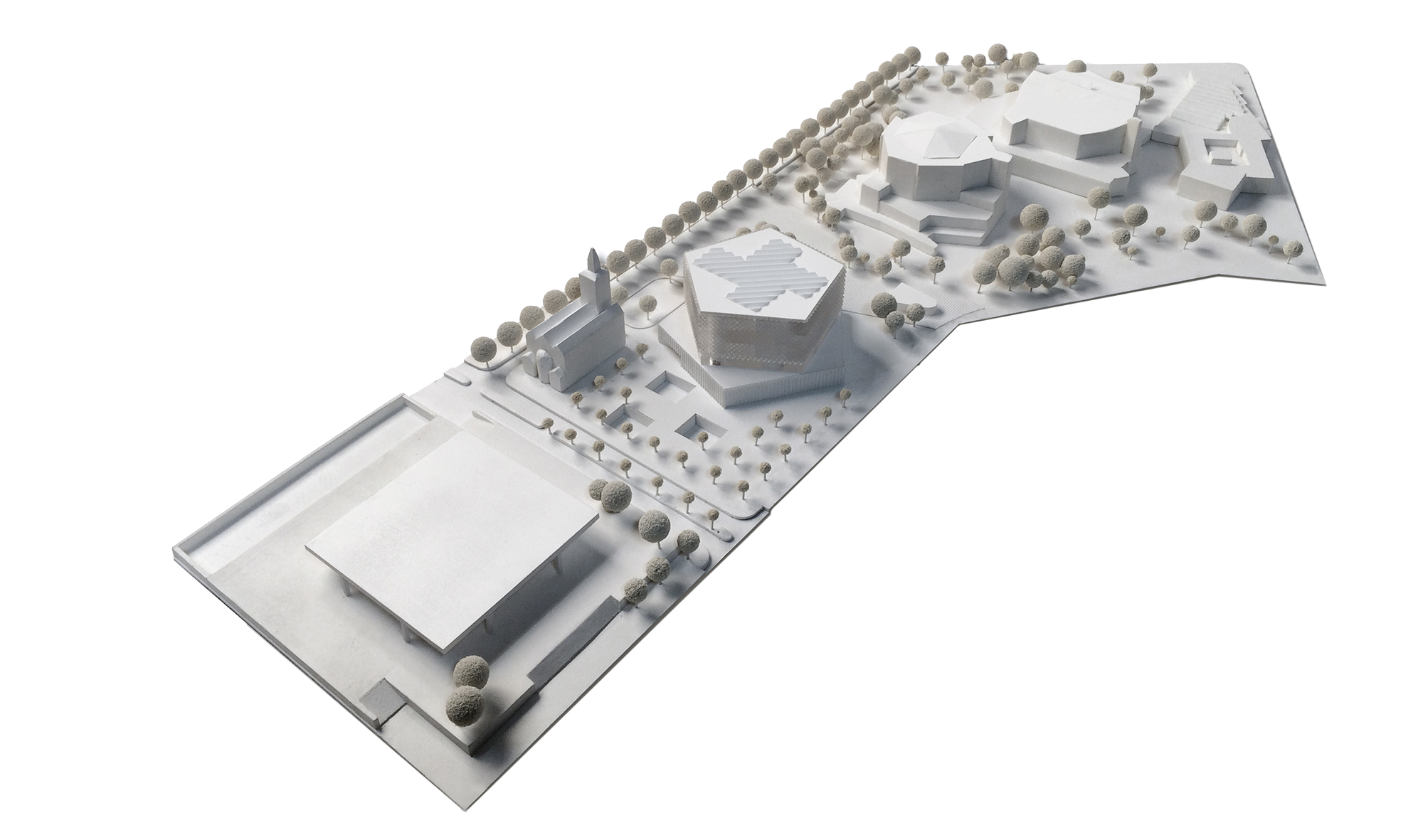 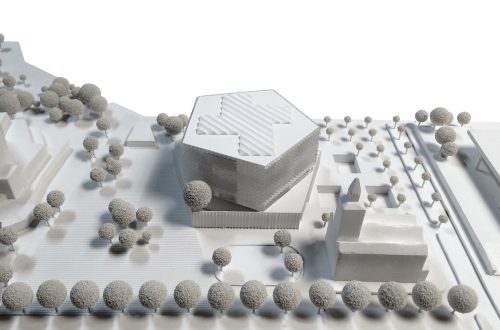 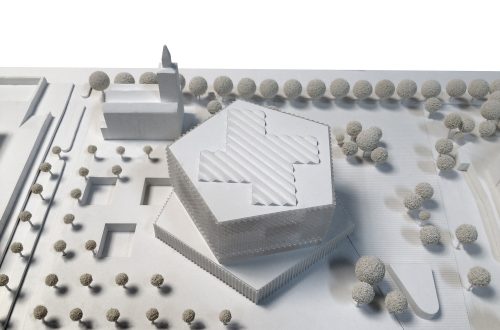 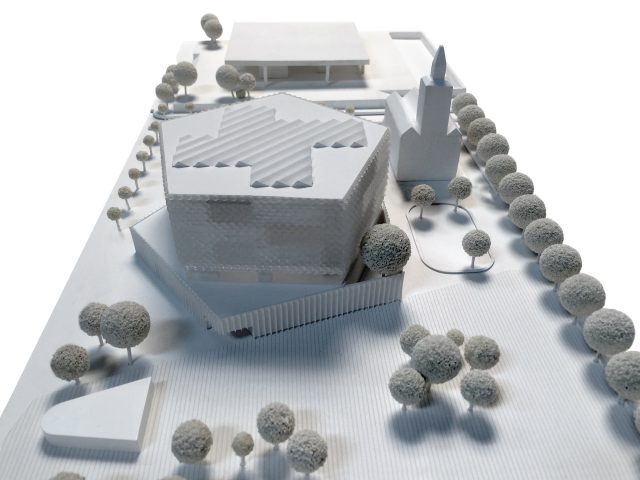