Our proposal situates the Berlin State Library as an extension of the former runway at Tempelhof airport thus offering an alternative to the declared site. The library form mediates between iconic metaform and the human scale. By twisting a three dimensional grid from horizontal to vertical, the three key urban drivers of the site – the runway, the motorway and the former airport building – are resolved.
Seen from the park the library becomes a visual extension of the strong, 2 kilometer-long linearity of the runway: architecture becomes central perspective on an infrastructural scale. The library is organized as a sequence of stepped terraces. The perception of the volume from the freeway and S-bahn corridor is fashioned by movement and speed: architecture in the periphery of the visual field. The building unfolds as a sequence of vertically folded facets to the driver. Along the Tempelhofer Damm the building offers a view over the old terminal building and Berlin’s silhouette as it opens up with a full-size city-window in the entral information area of the library. The library is organized as a three-dimensional media matrix. The rigor of its grid enables a linear spatial gradient which structures information access: from searching to browsing. The gradient moves between the extremes of completely abstracted access, using call numbers and rfid localization at one end and gradually mutating through a wide variety of ‚reading pockets’, to the completely intuitive and visual at the other. 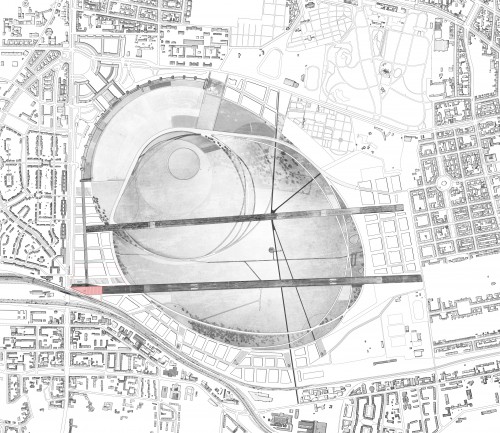 Siteplan showing the library volume as an extension of the runway 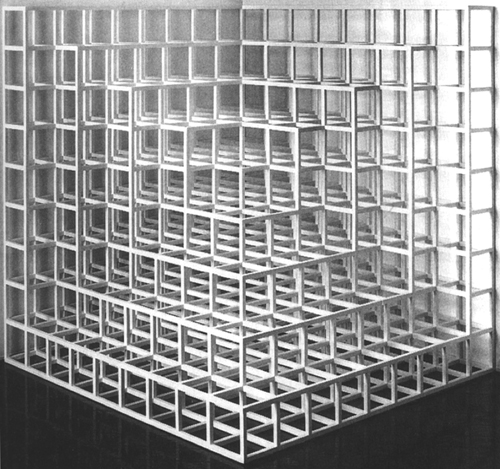 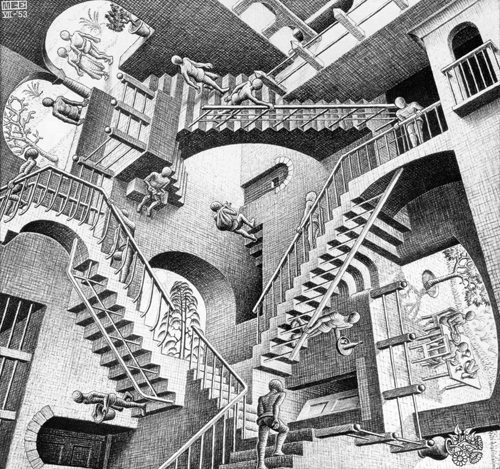 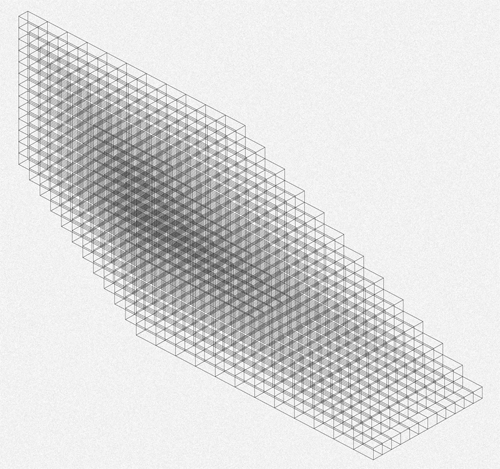 twisted double wedge of the media matrix and its references by Sol Lewitt and M.C. Escher

two voids penetrate the matrix, the stepped reading balconies and the lobby

Faceted Billboard: Along the freeway corridor the ZLB-logo de-constructs and reassembles as one drives along.
F(r)ont Facade: Toward the public entrance plaza the grid of the building doubles as a large-scale LED-display. 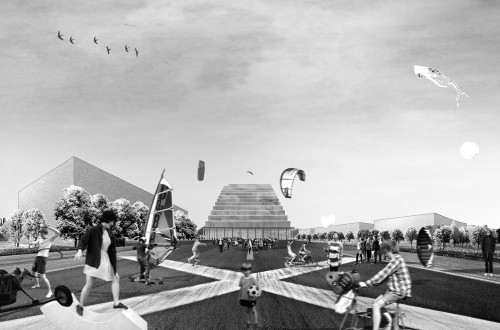 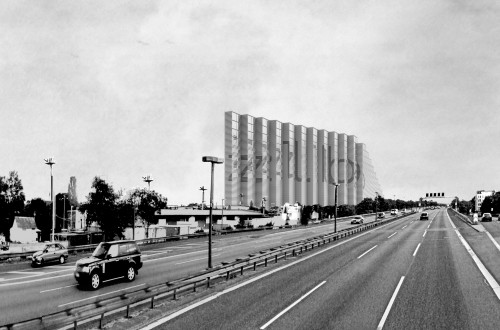 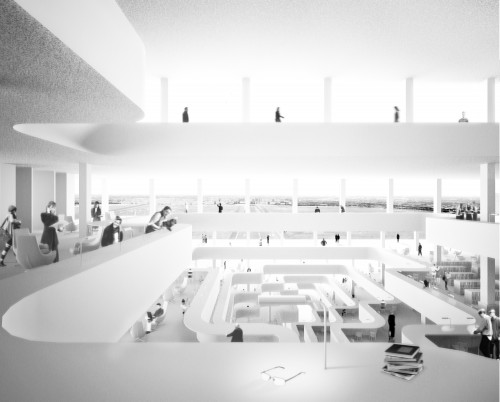 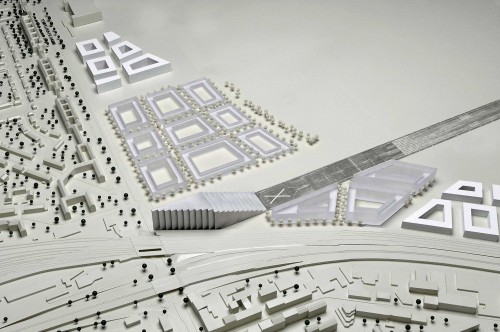